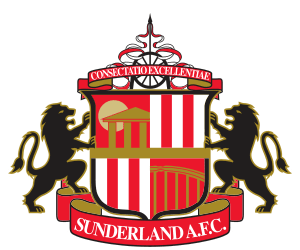 It’s often said that countries have national characteristics, that there’s certain similar traits that people brought up in a similar culture seem to have. At least sometimes, that’s simply not true however. As Sunderland seek a replacement for the irascible and belligerent Paolo di Canio initial talk was that former Chelsea manager, and fellow Italian Roberto di Matteo was in the frame. Latterly however, a few of the ‘red tops’ are adding another name, this time a son of Sardinia, current Watford manager Gianfranco Zola.

The appointment was of di Canio was seen by many as an extravagant gamble. In the early days however, it seemed to be paying high dividends as the team picked up a zest from the combative style of di Canio, and secured their Premier League status with a series of good performances, including the 3-0 demolition of local rivals Newcastle United at St James Park. The bubble of euphoria quickly burst however, and as results turned against the Black Cats this season, what was seen as an emotive and demanding coaching style, now seemed as illogical and decisive. It was little surprise to anyone therefore when the plug was finally pulled on di Canio’s tenure on Sunday evening – although I had called it on my Facebook page many hours before. With di Canio gone, it seems that Sunderland will need a steady hand to bring some balance to the club, and if the early predictions are to be borne out, it may be that although the nest manager may also be Italian, he will be an entirely different character to that of di Canio.

Roberto di Matteo was the early shout for the post, and his credentials suggest a good fit for the post. Already experienced as a Premier League manager with West Bromwich Albion before their, some would say, bizarre decision to dismiss him, he took over at Chelsea after Roman Abramovich appeared to tire of Andre Villas-Boas’s project. The first day di Matteo walked into Stamford Bridge, then carrying the sobriquet ‘Interim’ to his job title, the situation at the club was one of reported turmoil, including a divided dressing-room, disillusioned players and a fan base wondering what was going to happen. The fact that the Italian managed to produce harmony from such chaos, and then deliver the Holy Grail of the Champions’ League into the hands of Abramovich marked him out as a particular talent. It was of course then very difficult not to give him the job full time, which was probably never part of the initial plan. Despite creating a team that was easy on the eye and in the early part of the season one that as four points clear at the top of the nascent Premier League, repeating the European feat was not possible and a poor performance lead to elimination in the group stages and a P45 for di Matteo. Should Sunderland be looking for the a ‘peacemaker’ sort of manager, with a calm and pleasant manner about, plus experience and success at the highest level, they could do worse.

As mentioned, above, the other name in the frame at the moment is Gianfranco Zola. Again a Chelsea old boy, and once tipped for the Stamford Bridge hot seat, he also has Premier League experience. West Ham gave the little Italian – surely one of the most universally liked imports into English football – a torrid introduction to Premier League management, but having survived the experience, he has gone again with Watford, and narrowly missed out on promotion via the play-offs last season. Again this season, Watford look to be one of the likely contenders for at least the end of season jamboree. Zola has a lot of similar qualities to di Matteo, in that he is probably the antithesis of the di Canio approach, plus he would carry a lot of cache as being respected for his outstanding playing career. Zola being Zola however, it’s not certain of course that he would feel it right to leave Watford with the job half done, and it may be difficult for Sunderland to lure him away from Vicarage Road, if the Black Cats focus dropped on him.

It of course no certainty that Sunderland will choose to go with another Latin manager, but with an Italian Director of Football in place, there’s probably a decent chance. Should they go down the route of looking for someone to come in a pour oil on the club’s troubled waters, both di Matteo and Zola would fit the bill. Turning around a club in apparent decline, with a number of players brought in by the now exiled manager is going to be a difficult job, but it may just be that it turns out to be an Italian one.