Anderlecht forward Matias Suarez is possibly out for rest of the season after suffering a knee injury in the training. He was on a great form this season and his injury will be a huge blow to his club. 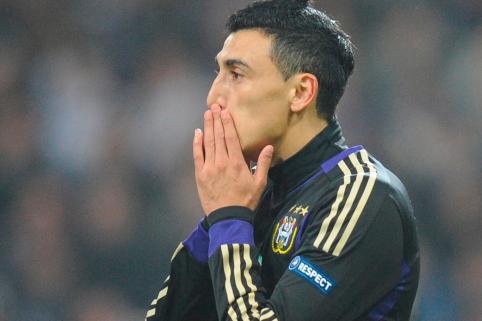 The 25-year-old, who was linked with Liverpool in the summer, would miss out the rest of the season after suffering a tear in the anterior cruciate ligament of the right knee, sustained during training. He was linked with host of European clubs for a possible move in January but all he can do now is take rest and bide time in the treatment room.

The Argentine has been prolific for the Belgian side this season and has scored six goals in 11 appearances. “To all the people in and outside the club who support me, I say: ‘Don’t worry, I will not let my head drop. I will return,” said the 25-year-old as quoted in UEFA.com.

Anderlecht are struggling in Europe badly and are bottom of UEFA Champions League Group C having failed to register a single point from their opening three fixtures.