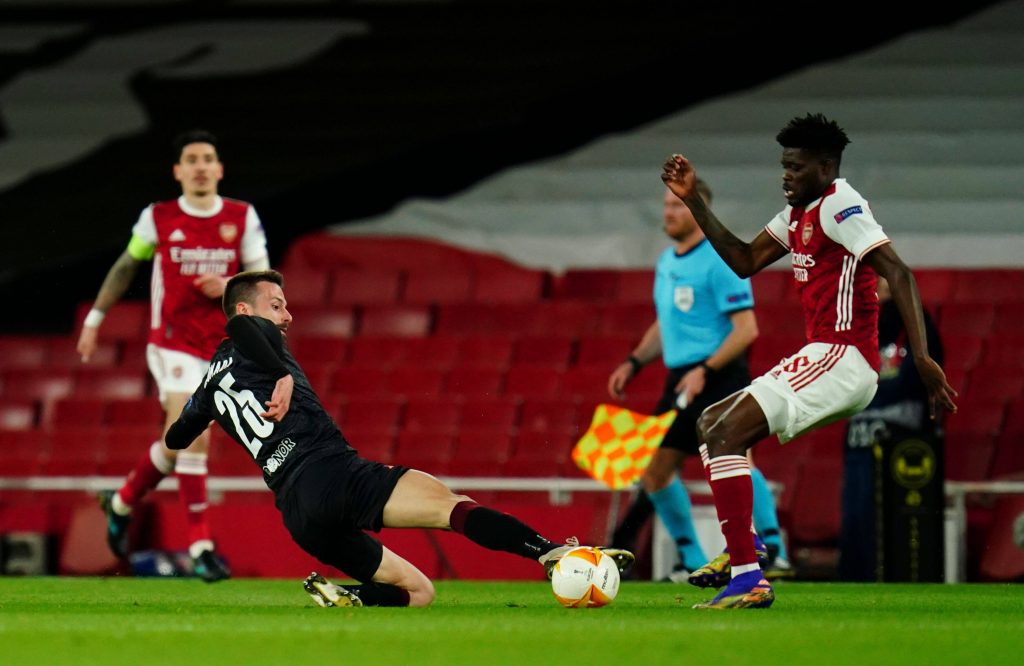 Slavia Prague set themselves nicely for the return leg of their Europa League quarter-final tie against Arsenal with a keenly-contested 1-1 draw in London.

Tomas Holes powered in a header late into the added-time to cancel out Nicolas Pepe’s 86th-minute opener at the Etihad, causing Mikel Arteta a sizeable headache ahead of the rematch.

Faced with another thoroughly underwhelming Premier League campaign, lifting the Europa League title could be the only saving grace for the London side.

Meanwhile, Slavia could become the first side to overcome three British sides in a single European campaign since AC Milan’s victorious run in the 2006/07 Champions League season.

Slavia’s 2-0 triumph at the King Power Stadium in the Round of 32 was, in fact, only their second in 14 European fixtures against Premier League opponents (D4, L8).

After winning their first-ever home UEFA encounter with English visitors, the Czech giants have gone winless in all six subsequent such fixtures (D2, L4).

However, Jindrich Tripisovsky’s men have yet to lose at home in the Europa League this term (W3, D2), registering a shut-out in three of those five matches.

Although Arteta cannot be happy to see his side draw the first leg at home, the Londoners have maintained their unbeaten European record against Slavia (W1, D2).

The Gunners enjoy an almost perfect overall UEFA record versus Czech clubs (W7, D2) and have not conceded a single goal in their four visits to the country (W3, D1).

Arsenal have progressed from both of their previous Europa League quarter-final ties, winning three of their four fixtures at this stage of the competition in the process (D1).

Furthermore, the Premier League side head into proceedings, having avoided defeat in their last 11 away matches in the Europa League (W8, D3), winning four out of five this term by an aggregate score of 13-5.

On the flip side, Arsenal have suffered elimination in each of the last three UEFA knockout ties in which they drew the first leg on home turf.