Yes, you read that headline right. I mean, I still don’t know how to react to it. Ok, let me relay the story first. The FIFA president Sepp Blatter has said that it was a mistake to give Argentine superstar Lionel Messi the ‘Golden Ball’ award in the 2014 World Cup, and that Germany goal keeper Manuel Neuer should have got the award instead. 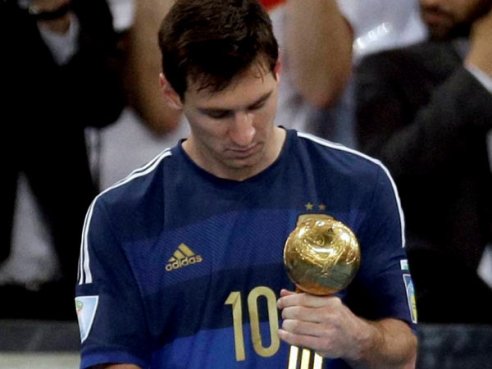 Blatter, who was in Moscow to unveil to logo of 2018 FIFA World Cup, said in an interview as quoted by Mundo Deportivo:

“I consider the decision (to give him the Golden Ball) wrong. I was surprised when I heard the decision of the committee. They told me that they had thoroughly analysed all 10 finalists.”

Lionel Messi was one of the star players for Argentina as he captained the side to the World Cup finals, himself scoring four goals in the tournament.

Whether or not Messi deserved the award is secondary now, by claiming it that it was a mistake to give him only shows the inefficiency of the selectors within the organisation. Seriously? Who does that? Months after World Cup, the biggest football tournament on Earth, you’re now claiming that it was mistake to give someone a prestigious award like Golden Ball? How idiotic is that?