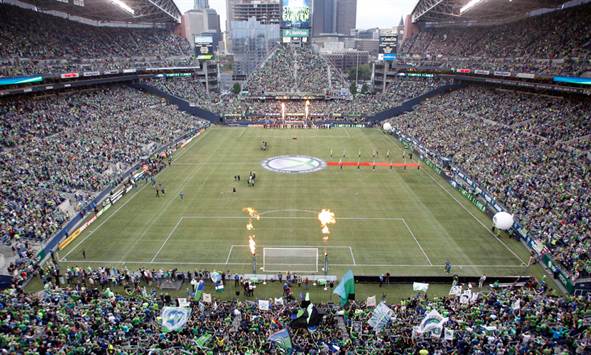 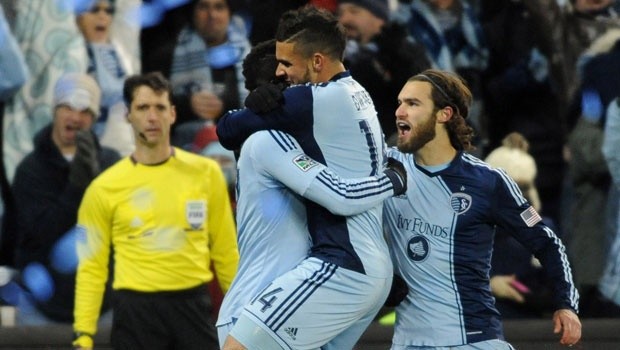 MLS’ national TV and marquee matchup on opening weekend is defending champion Sporting Kansas City traveling to CenturyLink Field to take on the revamped Seattle Sounders. You can tune in to watch the game live on NBCSN on Saturday, March 8, at 3 pm ET/12 pm PT, or follow it on MLSsoccer.com.

It was steady as she goes for SKC in the MLS offseason, retaining the core of their 2013 championship side. Captain Jimmy Nielsen has retired and taken a coaching job with Oklahoma City, and Teal Bunbury was traded to New England, but most interestingly, Sporting have retained their high-profile 2013 DP signing, Argentine forward Claudio Bieler.

Bieler was an enigma last year – clearly talented, Bieler produced at the beginning of the year, but totally fell out of favor to the point that he was barely coming off the bench during the MLS Cup run. He was bad-mouthing coach Peter Vermes in the press, and a move back to South America appeared to be in the works.

But seemingly against all odds, Bieler was tucked away and brought back anew for 2014. Will he play immediately? Probably not. But Bieler is someone to keep an eye on going forward.

Interestingly, Sal Zizzo – acquired from Seattle’s rival Portland – has become a big player for Kansas City on the wing opposite Graham Zusi, and with CJ Sapong injured, he could start on Saturday.

SKC are a solid team with clear unity and identity. In Seattle, their 2014 credentials will be immediately tested. 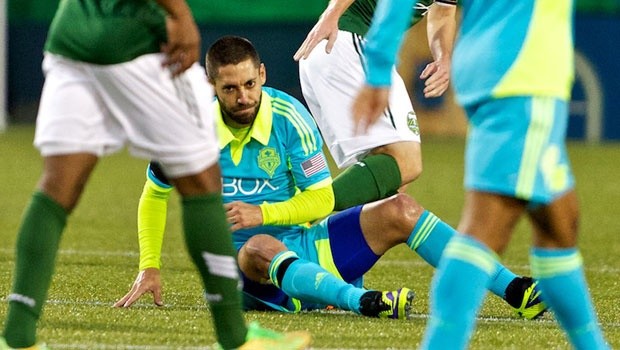 The pressure is on.

Seattle’s respected brass made a gusty and admirable move by sticking with Sigi Schmid at the end of last year’s tailspin, which they felt was caused by a toxic locker-room that Schmid couldn’t control.

Fine. But now Eddie Johnson, Mauro Rosales, John Hurtado and many many more have been cleared out, and replaced by solid – if slightly less talented players. Still, Seattle expect MLS Cup.

Seattle needs to hit the ground running, but Dempsey – absolutely the main man this year – has had an awful six months, culminating in a horrific loan spell with Fulham. Now, after little rest, more frustration, and no preseason with his team, can Dempsey step up leading into the World Cup?

The Sounders, and Schmid, need him to. They need a three points from day one.

Kansas City is solid and the back, and they go from their. They’ll probably ceed possession to Seattle for most of the game, but it will be interesting to see what kind of tactical mentality the Sounders had – Schmid didn’t figure it out with Dempsey last year.

More woe for Seattle – Kansas City is just about as prepared as a team can be on day one, and they’re hard to beat anywhere. 2-0 champs.

Tune in to watch the game live on NBCSN on Saturday, March 8, at 3 pm ET/12 pm PT, or follow it on MLSsoccer.com.