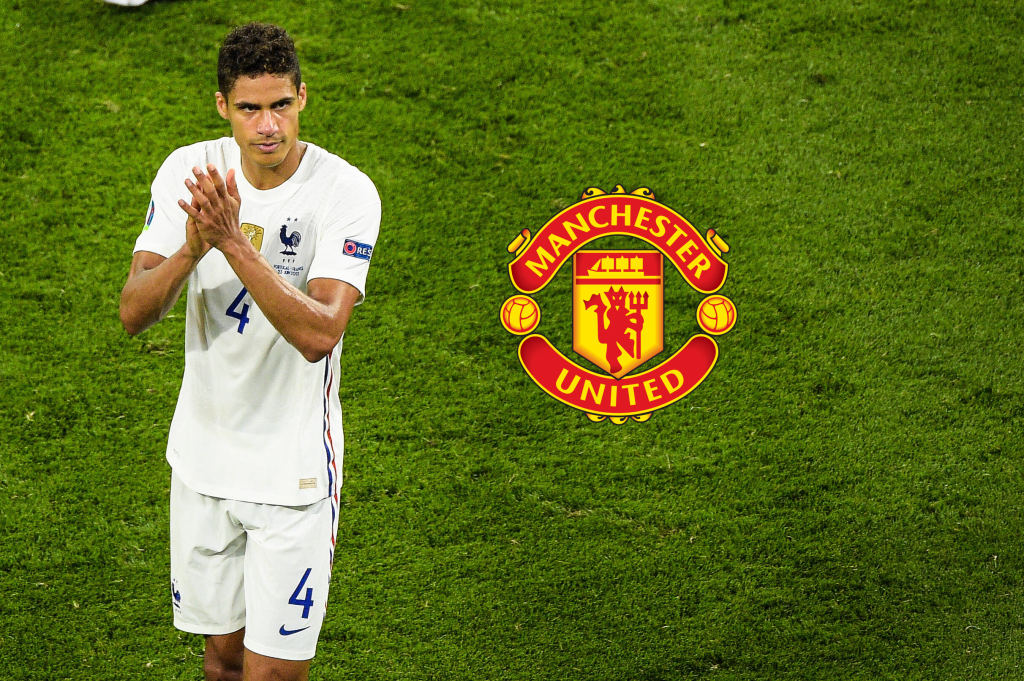 Manchester United are not messing about this summer, as they have only gone and struck a deal that will see Raphaël Varane join the club on a reported four-year contract (with an option to extend for one more year) for a rumoured transfer fee of £34 million (plus some add-ons) from Real Madrid.

We have agreed a deal in principle for the transfer of @RaphaelVarane to United! 🔴⚪️⚫️#MUFC

The 28-year-old defender came through the Lens youth ranks and made his senior debut aged just 17, impressing thoroughly in 23 Ligue 1 appearances.

Nevertheless, Lens were relegated to Ligue 2, leading to many of Europe’s top clubs (including United) chasing Varane’s signature.

Madrid ultimately succeeded, paying about €10m for the Frenchman as he joined on a six-year deal before the 2011/12 season.

He has been with Los Blancos ever since, making well over 350 appearances and winning four Champions League titles, three La Liga winners’ medals and plenty of other silverware.

He also became a World Cup winner with France in 2018.

The decorated defender has become United’s second noteworthy signing of the current transfer window after Jadon Sancho, so let us explore how he will bolster their defence.

Varane is a versatile right-footed centre-back (although he is comfortable playing with his left as his passing is divided in almost a 60/40 split with the right slightly more dominant) who is capable of playing in both two centre-back and three centre-back systems. 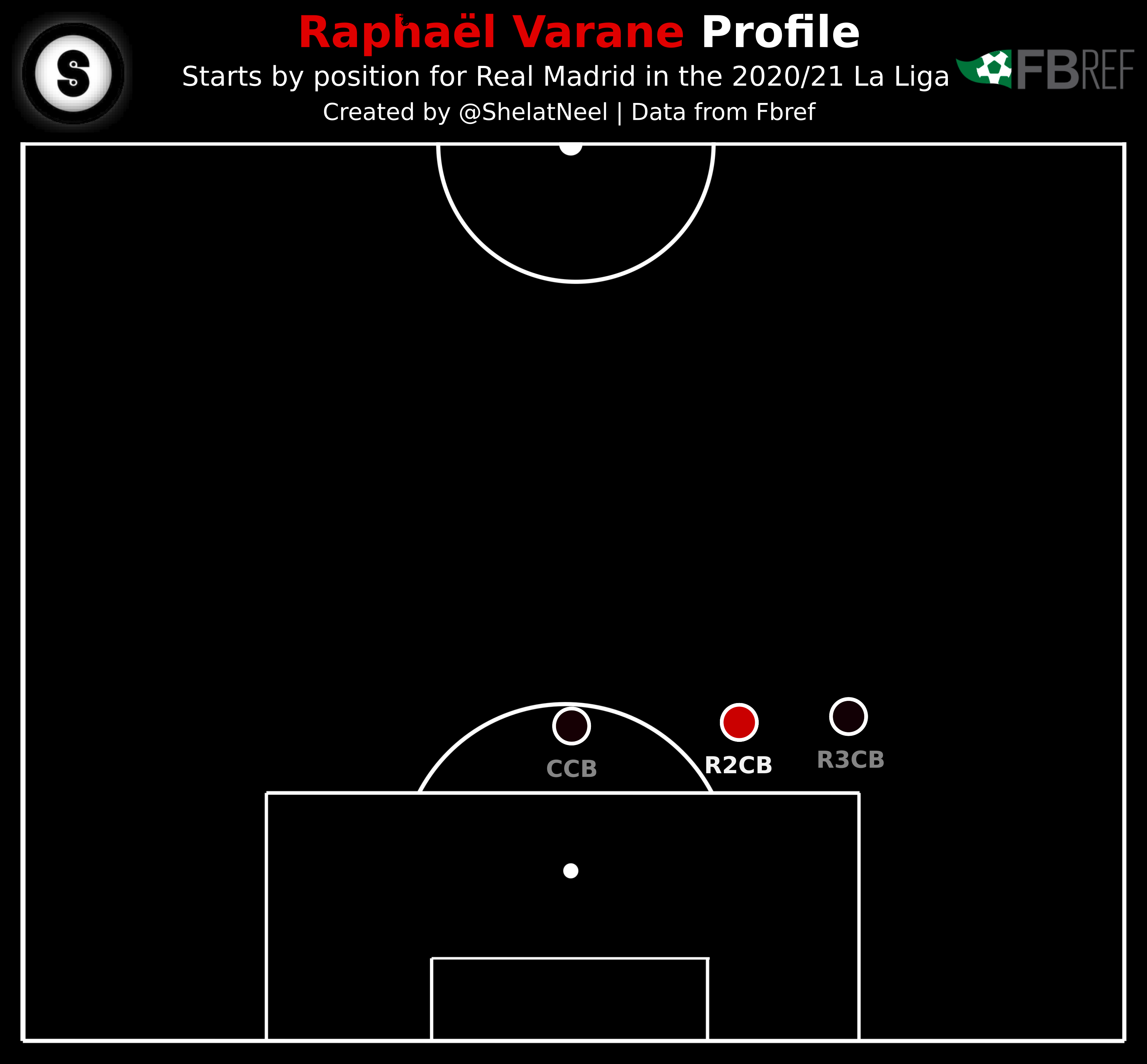 Quite clearly, he primarily played on the right side of a back-four in 2020/21 (starting 28 of his 31 La Liga matches in that position), though he had stints both in the centre and on the right of a back-three as Zinedine Zidane experimented with a 3-4-3 or 3-5-2.

If you want to get an idea of just how consistently good Varane has been, just read what one of his former managers at Madrid had to say way back in 2014.

Varane is quite good at several things, starting with ball progression. 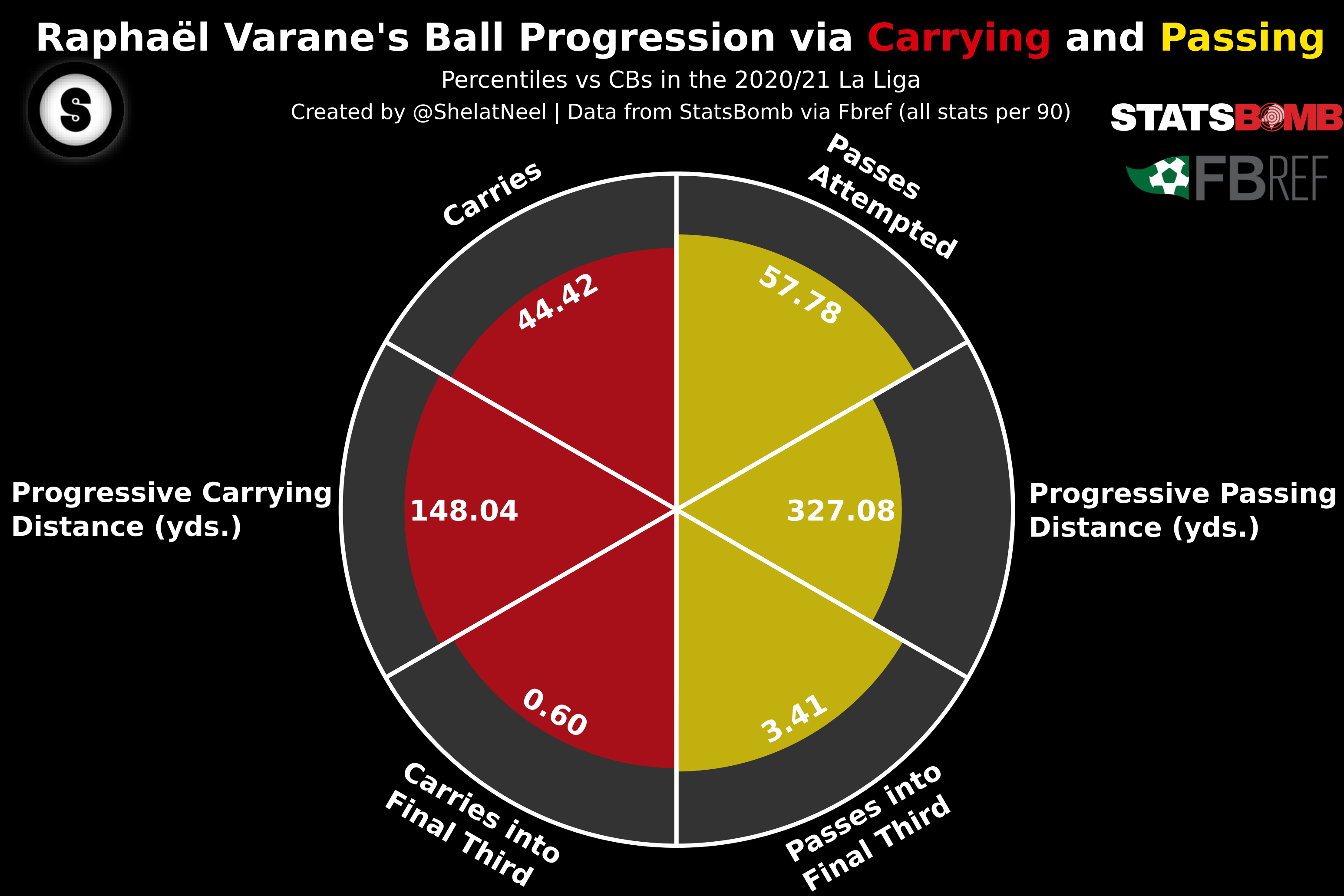 Of course, playing for a side that keeps the majority of the ball is a big advantage, but given the fact that Ole Gunnar Solskjær wants United to play similarly, a centre-back who hovered around the 80th percentile on all of the above metrics in La Liga clearly is a very good fit.

The Frenchman’s defending is not too bad either, but it would not be wise to look at his raw statistics due to (again) the fact that Madrid tend to maintain more possession than most of their opponents.

We must turn to Smarterscout’s model ratings, therefore, which reaffirm our previous statement by giving him a defending quantity value of just 14 but taking his defending quality all the way up to 78 in last season’s La Liga (out of a maximum of 99 benchmarked to his centre-back compatriots).

More importantly, the Frenchman has scintillating recovery pace (which is something that all of United’s current centre-back options lack) with a top speed of 34.04 km/h.

To get an idea of how rapid that is – the highest speed recorded at Euro 2020 was over 0.2 km/h slower than Varane’s top speed.

Smarterscout are also quite kind to him in terms of aerial duels from open play with a very high rating of 88, which is backed up by his strong overall success rate of 75.3% in the previous La Liga campaign.

The ex-Lens man also has a rating of 73 as far as aerial duels from dead balls are concerned, which certainly is an area where United need to make some improvements.

It is hard to find too much wrong with Varane’s game, but the most common criticism levelled against him is that he makes too many mistakes in big games, with the Champions League round of 16 tie against Manchester City in 2020 often cited as a recent example.

Irrefutably, he made a couple of huge mistakes in that game, but then again, which centre-back has been faultless after playing at the top level for almost an entire decade?

The stats paint a different picture, as Varane has only made five errors leading to a shot in the La Liga and Champions League combined since 2017, which is not a bad tally at all.

Quite simply, Varane will slot right into the United starting XI.

He is expected to partner Harry Maguire in the right centre-back role, which will be massively beneficial to the club captain.

In the last two seasons, he did not seem fully confident in his partner to step forward into midfield and help with ball progression even further, but he should be able to do that with Varane behind him.

Obviously, the ex-Lens man is an upgrade on Victor Lindelöf as he does not have the weaknesses that the Swedish defender does.

Further, the Frenchman will also provide the Red Devils with a second key ball progressor.

Towards the end of the 2020/21 season, when Maguire missed a few matches as a United player for the first time, the massive repercussions to their build-up play were immediately visible as they could not progress the ball and kept being punished by simple high presses.

With Varane in the side, they should be able to cope without Maguire much better.

Although reports and pre-season matches are suggesting that Solskjær will look to play a 4-3-3 in the upcoming season, Varane’s inclusion in the squad gives him a very feasible option to switch to a back-three if needed as he now has three top-level centre-backs at his disposal.

As we said at the start, United are not messing about here. In Varane, they have an elite centre-back to partner Harry Maguire, which could arguably be one of the top-three defensive partnerships in the Premier League, on paper at least.

The relatively small fee that they will be paying for the Frenchman means that they still might have a fair bit left in their pocket to go and sign a defensive midfielder, which possibly is the last position they need to solidify to re-establish a title-challenging side.

Either way, as far as this signing goes, Varane should be a major part of the answer to United’s defensive issues, and if all goes well, an instance of football thievery for just around £34m.