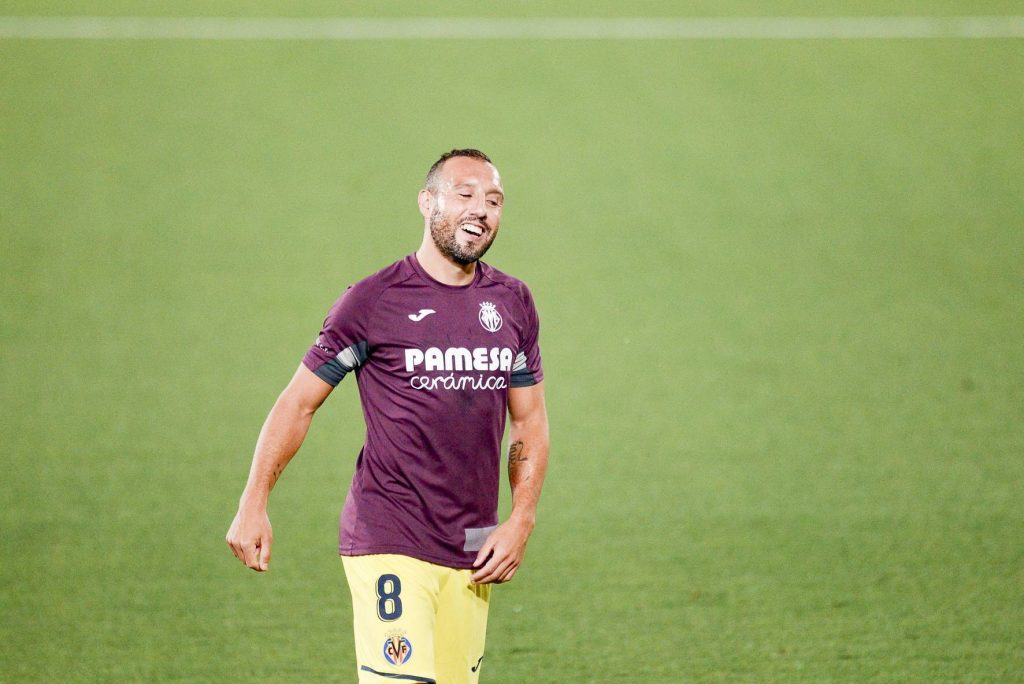 Spanish midfielder Santi Cazorla has said that Mikel Arteta is the right manager for Arsenal despite the club’s disappointing campaign this term.

The Gunners are lying ninth in the league standings with just four games to play and could miss out on the European places.

Their best chance of qualifying for Europe could rest on winning the Europa League, but they must cross the hurdle of Villarreal to reach the final.

The semi-final tie is evenly balanced at the moment, and ahead of the second leg, Cazorla gave his verdict on Arteta’s managerial career so far.

He told UEFA.com: “I think he’s the right man to take the club forward. It’s difficult to follow a period like Wenger’s – the club has to adapt to another kind of football, another philosophy, another vision of football.”

“He’s got a clear idea of how he wants his team to play, they’re in the semi-finals, and they did well in the FA Cup [last season]. They have been pretty inconsistent, but you’ve got to give him time.

“I think they’re convinced that Mikel can get a lot out of the squad and achieve big things. I’m great friends with him, and whatever good happens to him and the club, I’d be happy for them because I’m a ‘Gunner’.”

The Gunners are trailing 2-1 after the semi-final first leg at El Madrigal. Their performance was poor, but they have the away-goal advantage for the second leg.

When asked to choose a possible winner, Cazorla refused to pick either club, having played for both at different stages of his career.

The Spanish midfielder added that he would like the winner of the tie to go on to clinch the Europa League title in Gdansk next month.

He added: “My feelings for both clubs are so huge that it’s difficult for me to choose one or the other. I would have liked for this tie to be the final as I’d know at least the winner would lift the trophy.

“The feelings are going to be very beautiful, but I’ll feel very bad for the team that gets knocked out. The only thing I ask for is that the team that reaches the final wins it.”

The Gunners have received a boost ahead of the return leg at the Emirates Stadium with Pierre-Emerick Aubameyang back to full fitness.

Aubameyang made his first start since recovering from malaria against Newcastle United last weekend. He scored his 15th goal of the campaign.

The captain will be eager to make his mark in a must-win game on Thursday, which could make or break the Gunners’ Champions League prospects.