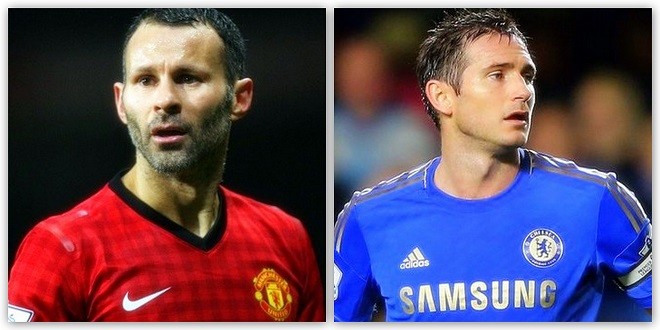 Following the announcement that the evergreen Ryan Giggs will be playing for Manchester United into his fortieth year, it appears increasingly strange that Frank Lampard – five years younger than the Welshman – seems almost certain to be making his last appearances for the London side.

Is it a case of one player having more to offer than the other? Or are their circumstances simply down to the club crest they have both served with such aplomb?

Sir Alex Ferguson often speaks of the importance of old heads moulding young ones. He speaks of a club-culture. And in maintaining some of the old guard, this thinking has enabled transitions to be tempered with constants.

Chelsea have similar players in the likes of Lampard and John Terry – men synonymous with the club – but how important are constants when you exist in a permanent state of flux? Is there such a thing as a club-culture when no one is there long enough to instil it?

In the blur of the Premier League’s craziest managerial-merry-go-round, Lampard has excelled throughout, scoring goals and keeping quiet, perhaps the perfect professional.

And while no longer the player who regularly notched over 20 goals a season, this year’s current tally of 13 is impressive for a man apparently deemed surplus to requirements come May.

As with any aging player, there has been a reduction, and yet that figure still outstrips those of both Giggs and Scholes at their corresponding ages.

So if there is no doubting Lampard as an effective goal-scoring-midfielder, the only reasons for him not being offered a new contract are that others can do that job better, and that his experience doesn’t warrant a pay cheque.

Because there is no doubt that as much as Giggs remains a United player due to his current ability, it is also because of his very presence at the club, his footballing-wisdom no doubt regularly shared, and the fact that on match-day, teammates can turn and see the one player who has been there since United became a force again.

In a sport where psychology is key, the importance of such things cannot be overstated.

With Lampard now free to open negotiations with foreign sides, you wonder if he has done. Or if he is holding out for that call from the club where he has made it clear he wishes to remain.

Others will have him. There is no doubt about that. And paper-talk, as fanciful as it so often is, has even suggested he may be joining Giggs as a comparative rookie in the United midfield.

Some Chelsea fans may say he is past his best; that the blistering attacking-midfielder of the past is fading along with his press-cuttings; but others will ask how many goals he will end this season with, and whether both that total and his influence can be replaced by an oligarch’s cheque.