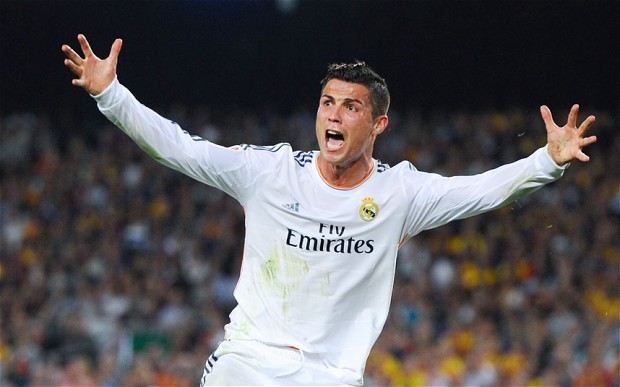 The Real Madrid forward still holds strong resentment towards FIFA President, Sepp Blatter, for his bizarre comments during a speech at the Oxford Union in October; and now, according to Spanish newspaper, AS, he will manifest his feelings with an unprecedented boycott of one of FIFA’s most glittering events.

Blatter has attempted to reconcile through a number of different channels, including writing an apologetic letter to Real and sending a personal message on his Twitter account; but it has been to no avail.

Now Ronaldo, one of the frontrunners for the award once more this year, will show his discontent with a complete avoidance on the day.

In anticipation of the forward’s move, FIFA announced last week that the existing number of finalists for the Ballon d’Or will be increased from three to five, so as not to let the saga detract from the glamour of the event.

Ronaldo, who scored the winning goal in Friday’s World Cup Qualifier Play-off First Leg against Sweden, has refused to accept Blatter’s apologies, and sees the Swiss’ public preference for Lionel Messi to be disrespectful.

This professional misdemeanour, coupled with the impersonations made by Blatter of Ronaldo has seemingly been too much for the Real Madrid man.

Ronaldo’s response last month to the now-viral footage of the bumbling Blatter was subtly barbed and arguably hinted at the reportedly forthcoming Ballon d’Or ‘no show’,

Ronaldo posted on his Facebook page, “This video shows clearly the respect and consideration that Fifa has for me, for my club and my country. Much is explained now. I wish Mr Blatter health and a long life, with the certainty that he will continue to witness, as he deserves, the successes of his favourite teams and players.”

While it is clear that Blatter wishes to put the matter behind him, it seems Ronaldo is in no mood to acknowledge the 77-year-old’s regrets over the incident.

The 28-year-old has been a regular feature of the yearly Ballon d’Or Gala, coming in second to Messi the last two times.

Whether the on-going situation will effect the chances of the perennial runner-up remains to be seen, but a recent Sky poll of English fans took an 84% vote for Ronaldo to win this year’s award.

However, it may take more than an absent victory in this year’s ceremony in Zurich for the Portuguese to finally forgive Sepp Blatter.