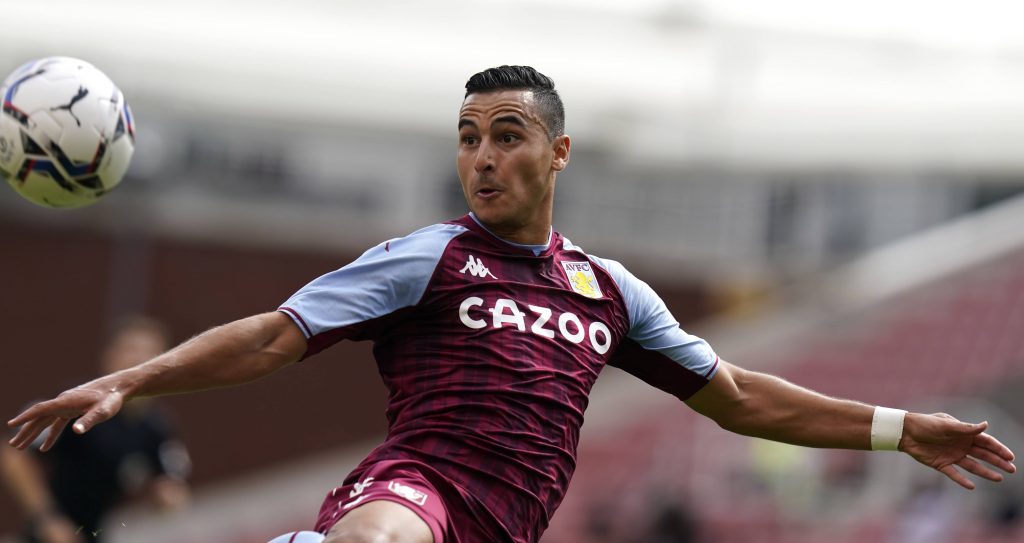 The Dutchman was in-and-out of the starting line-up last term, but still finished with an impressive 11 goals across all competitions.

It was reported earlier this year that manager Dean Smith had blocked the exit of El Ghazi after Trezeguet suffered a serious knee injury.

However, Smith has reportedly changed his stance with the club looking to sign multiple wide players ahead of the new campaign.

They have already landed Emiliano Buendia in a record deal and are currently in talks to sign Todd Cantwell and Leon Bailey.

Villa are prepared to sanction El Ghazi’s sale for around £10 million.

The 26-year-old benefited from regular playing time during the back end of the campaign with injuries to Jack Grealish and Trezeguet.

He finished the season in a flurry with four goals in seven outings. In his 31 appearances, he averaged an impressive 170 minutes per goal.

With the arrival of Buendia, he is no longer assured a starting role. He could fall further down the pecking order with more signings.

It appears the right time to pursue a new challenge. The chance to work with an elite manager in Jose Mourinho could be enticing.

The Giallorossi would also provide him with the opportunity to play in Europe again, albeit in the newly-formed Europa Conference League.