He is the only player not named Cristiano Ronaldo or Lionel Messi to win the Man of the Match award (from WhoScored) 5 r more times in La Liga this season, he scores or assists a goal every 124 minutes in La Liga and only 5 players in the entire Top 5 Leagues have registered more assists than him. Based on the previous information and impressive stats, one can not be blamed to think that the player in question is a world-class, multi-million, big name purchase from one of the elite superclubs in Europe. The truth, however, is that the player in question was playing in a reserve team in the second division about a year and a half ago. This player has also played a combined total of just 6 matches in the last 2 complete seasons (with first teams). The man in question is none other than Russian starlet, Denis Cheryshev. 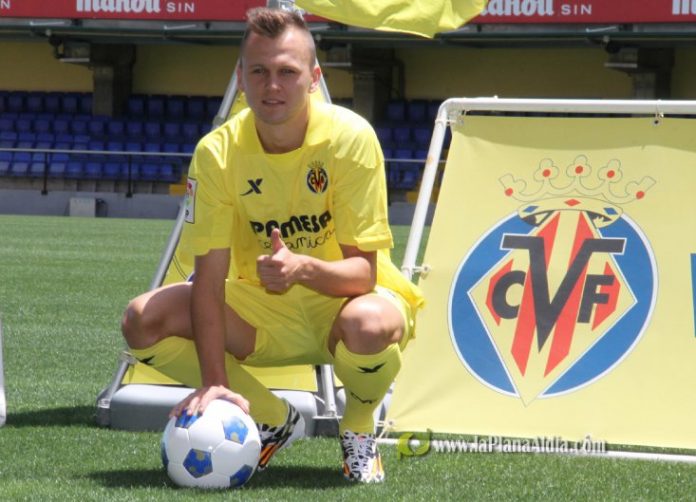 Cheryshev was one of the bright sparks in Real Madrid’s B team, Castella, that however didn’t help gain a lot of match time with the first team as he managed just one appearance in Mourinho’s final season, and was then loaned out to Sevilla for 2013/14 where injuries and luck prevented him from making an impression and forced him to finish the season with just 5 matches played (including one where he was sent off). So it’s particularly pleasing to see him now, on loan at impressive Villarreal, making a solid name for himself as a guanine attacking threat from the left and a legitimate goal creator. Denis Cheryshev has clocked up 8 assists so far in La Liga, a figure only bettered by Cristiano’s 9 and Messi’s 10 assists this season. He is also the Villarreal player with the 3rd most league goals this season as he has managed to rack up 3 goals, making his direct goal contributions stand at 11 in just 18 matches. In fact, only 2 players that are not strikers have managed more goal contributions in La Liga this season, further demonstrating his versatility and effectiveness. As for his role in Villarreal’s current impressive campaign, Cheryshev has been named the MOTM in 3 of his side’s last 6 matches, he has also scored or assisted 8 goals in his last 10 matches. Villarreal racked up 6 wins, 4 draws, and no defeats in those 10 matches with the most notable match being the 1-0 away win at defending champions Atletico Madrid, a match that saw Denis Cheryshev being named the man of the match (again). His performances have been the key aspect of Villarreal’s ongoing 10-match undefeated streak in La Liga, a run that ranks 3rd in current undefeated runs in all 5 of Europe’s Top 5 Leagues (Juventus -11 and Bayern – 17 are the longest current runs).

Denis Cheryshev’s great form so far this season can see him directly contribute to another 11 goals till the end of this La Liga season, meaning he can realistically have over 20 goals and assists by June, an impressive figure indeed. A figure so impressive in fact, that voices at the Santiago Bernabeu are already talking about using Denis in next season’s squad after his loan spell expires at Villarreal. For a player that managed just 1 first team appearance in his 5 years at Real Madrid, it is truly remarkable to see that Cheryshev might actually be within Ancelotti’s plans for next season, that prospect is purely and directly a result of his hard work and talent.