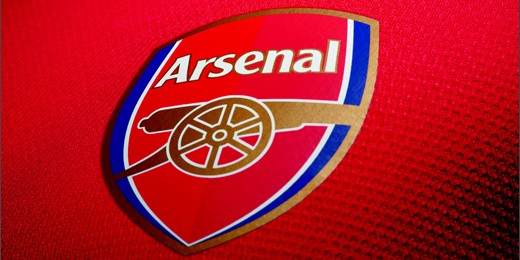 From Umbro to Nike, Dreamcast to Emirates; the ever-changing Arsenal kit design has heralded some of the most recognisable in football to date. From classic Arsenal shirts, to modern, high-tech incarnations, the trademark red and white home colours are known and respected across Europe. Having got their hands on their first piece of silverware for almost a decade last year, fans are hoping their FA Cup success will be the start of things to come for the North London club, with the legions of Gooners proudly displaying their sides colours across the globe.

This potential new era has come with a change of strip, their first since 2012, with Puma taking over from Nike as the club’s kit sponsor. The German brand becomes the fifth official manufacturer to take over the production of the Gunners’ kit, with the likes of Adidas and Bukta having fashioned many-a retro Arsenal shirt throughout history.

‘Fly Emirates’ is emblazoned once more across the front this year, the eighth year of that particular brand sponsorship. The very first company to be etched across the famous red and white was electronic firm JVC, with whom the Gunners shared much on-field success, and journeyed together into the modern era. Check out five of the best JVC kits below, all available to buy here from CampoRetro.com: 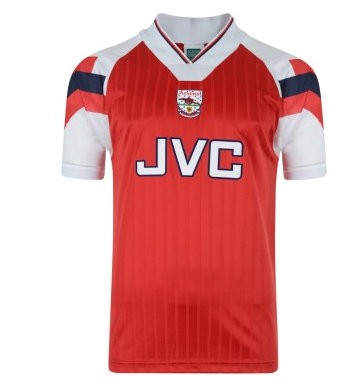 Facing Italian side Parma in the final of the European Cup Winners’ Cup, Arsenal donned the now legendary 1994 strip to make history in the Parken Stadium in Denmark, winning 1-0 courtesy of a wonder strike from Alan Smith, and some typically resolute defending from the likes of Tony Adams and David Seaman.

With licensed player numbering available at CampoRetro.com, why not immortalise Smith on the back of this famous kit, forever remembering his strike that had the Gunners faithful jumping for joy. 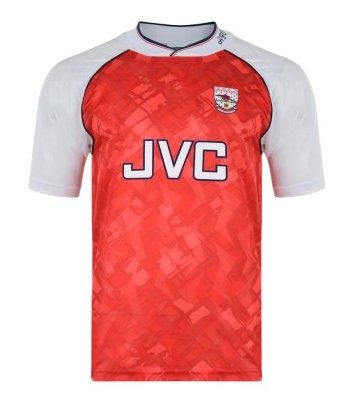 The year is 1991, and George Graham has made one particularly interesting summer reinforcement to add to his Arsenal side, the defending Premier League champions. Mr Ian Wright, signed for £2.5m, may not have fired Arsenal to reclaiming the title, but his 26 goals in just 33 games was the first of many spectacular seasons for the English striker. A true Gunners legend. 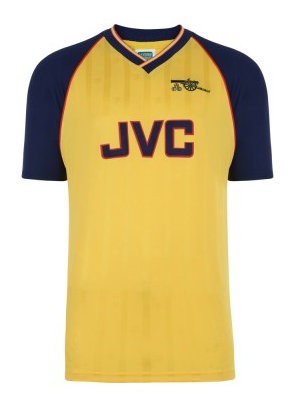 Here comes the yellow! Arsenal’s well-known away strip leapt to iconic status on the last day of the 1988/89 season, where the Gunners faced off against Liverpool at Anfield in what was a top-of-the-table clash to decide the destination of the Premier League title.

Arsenal were the underdogs due to Liverpool being the defending champions, but thanks to goals from Alan Smith and Michael Thomas, George Graham’s side pipped their rivals to the title, their ninth overall, preventing Liverpool from collecting their second double success in two years. 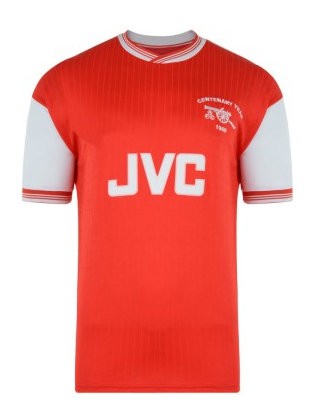 This kit marked the 100th year of Arsenal football club, with former captain George Graham also returning to the club as manager. David Rocastle and Martin Keown made their Gunners debuts, and while the title went to Liverpool, it was certainly a year to remember for Arsenal.

Get your hands on one here at CampoRetro.com 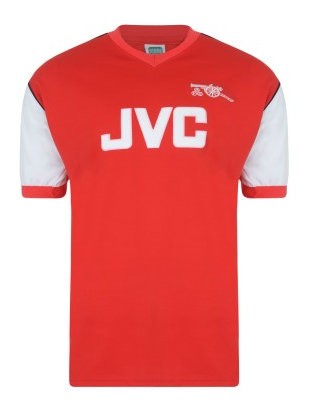 The very first year that the three points rule was introduced, Arsenal trotted out in this very tidy little number. While teams were awarded three-fold for the win from this season, Arsenal didn’t quite get the hang of it straight away, finishing fifth.