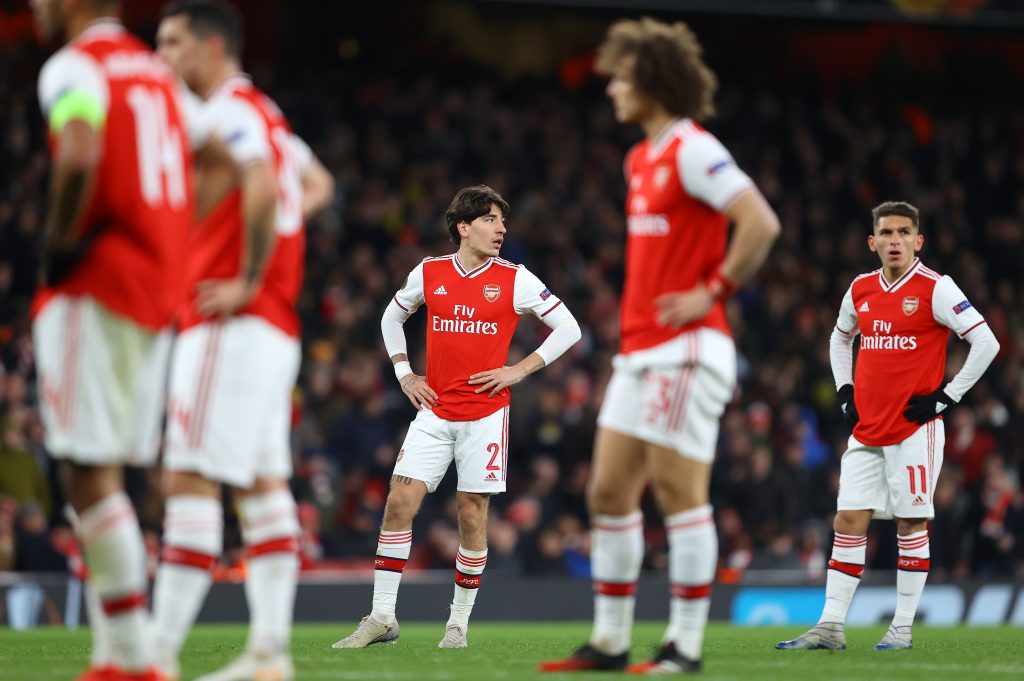 According to The Athletic’s David Ornstein, a torn groin is hindering Arsenal right-back Hector Bellerin’s crossing abilities and limiting his contributions.

The Spain international ruptured the cruciate ligament in his left knee against Chelsea in January 2019, and has struggled to return to full fitness since.

Bellerin also suffered a tear to his right groin while doing additional drills ahead of the Gunners’ Premier League game against Newcastle United in mid-February.

The 24-year-old is putting in a lot of hardwork as he looks to get back to peak condition, though, undertaking extra work and training before and after squad sessions and during days off.

Bellerin has difficulty crossing the ball, but is taking painkillers due to the discomfort.

Arsenal head coach Mikel Arteta is hoping the right-back will play a crucial role in the coming months as his side look to gatecrash the top-four, but he was forced to play centre-back Sokratis Papastathopoulos in the position against West Ham United at the weekend.

Bellerin wants to make Luis Enrique’s Euros 2020 squad and Arsenal are hoping the favourable fixture schedule will enable the damage to completely heal and give him a consistent run of games.