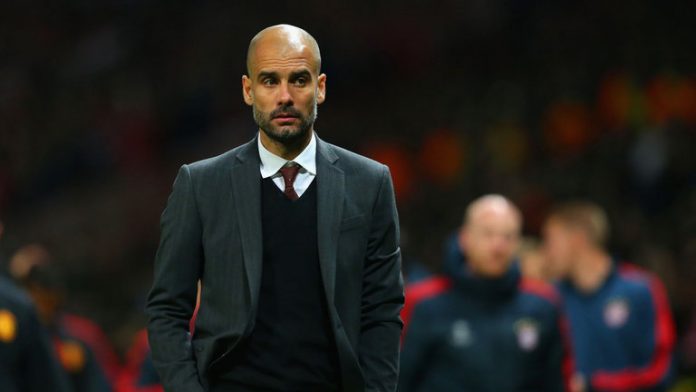 Manchester City booked a spot in the quarterfinals of the Champions League after securing a 10-2 aggregate win over Schalke 04, and it’s safe to say finishing top of Group F ahead of Lyon, Shakhtar Donetsk and Hoffenheim and drawing the Bundesliga side in the round-of-16 have boosted their chances of going far in the competition.

Lyon finished second and drew Barcelona, and they would have wished to finish first after suffering a 5-1 loss at the hands of the La Liga giants.

While City would have fancied their chances against Barca had they finished second in their group, their chances of advancing would have been slim given how dangerous the Spanish giants are with Messi in their side.

City officials believe French centre-back Aymeric Laporte played a big role in ensuring they avoided Barcelona and subsequently, a possible early elimination because of his crucial goals against the French and Ukrainian sides in the group stages.

“Guardiola’s staff point out that had it not been for the defender’s goals against Lyons and Shakhtar Donetsk in the Champions League group stage, City might have finished second and drawn Barcelona in the last 16 rather than Schalke,” a report in The Times claimed.

The 24-year-old scored the second goal that helped put City in a comfortable lead in the 3-0 win over Shakhtar in October, while his goal in the 2-2 draw with Lyon in November ensured Pep’s men left France with a point.

They topped the group with 13 points – five points more than Lyon – having won four group games, drawn one and lost the other, but they could have finished with lesser points and behind the French side had it not been for Laporte’s intervention, or so do the club staff think.

The former Athletic Bilbao defender, who has completed most league passes (2313) in City has been very crucial to Guardiola’s defensive plans this term, and no defender in the team has played more than him.