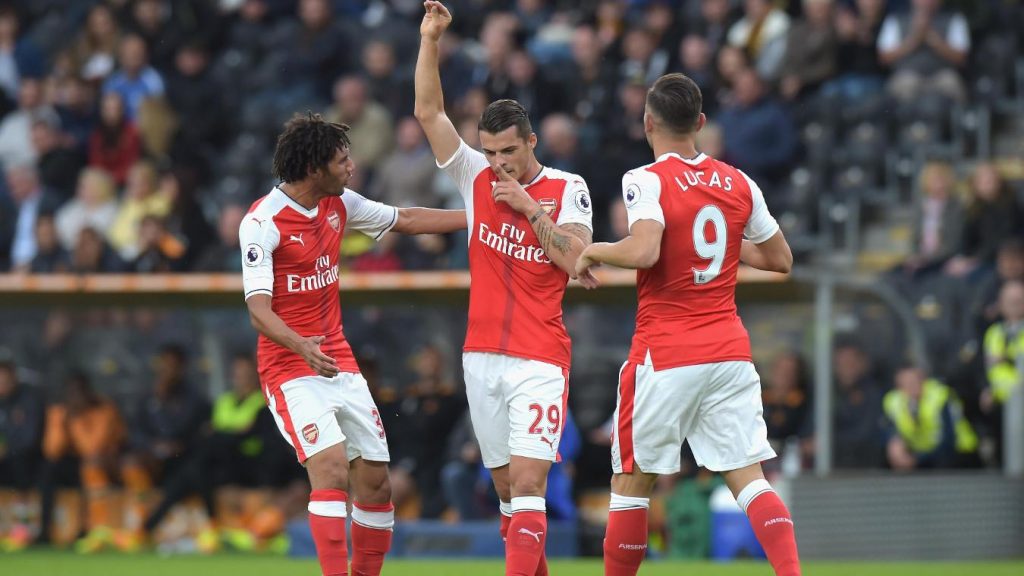 According to Daily Star, Switzerland international midfielder Granit Xhaka is a candidate for the permanent captaincy at Arsenal with Laurent Koscielny likely to leave this summer and Petr Cech gone.

The 26-year-old has been linked with both Inter Milan and Atletico Madrid this summer, but the La Liga giants are already closing on a £35 million move for Real Madrid midfielder Marcos Llorente instead, while the Serie A side are yet to table a bid.

The Gunners star has four years left to run on his contract at the Emirates Stadium and isn’t keen on leaving this summer.

Xhaka has previously captained the Swiss national team, and is favourites to become Arsenal’s captain on a permanent basis due to his experience and extreme importance to the club.

The former Borussia Moenchengladbach star was a big part of manager Unai Emery’s plans last term, playing 40 games across all competitions and even featuring at centre-back and left-back.

The £35 million signing has proven to be a worthy leader in the dressing room, and on and off the pitch, and having taken up the duty often times, he is almost certain to pick up the captain’s armband once the French centre-back leaves this summer.

It would come as a huge shock should Emery opt for someone else.