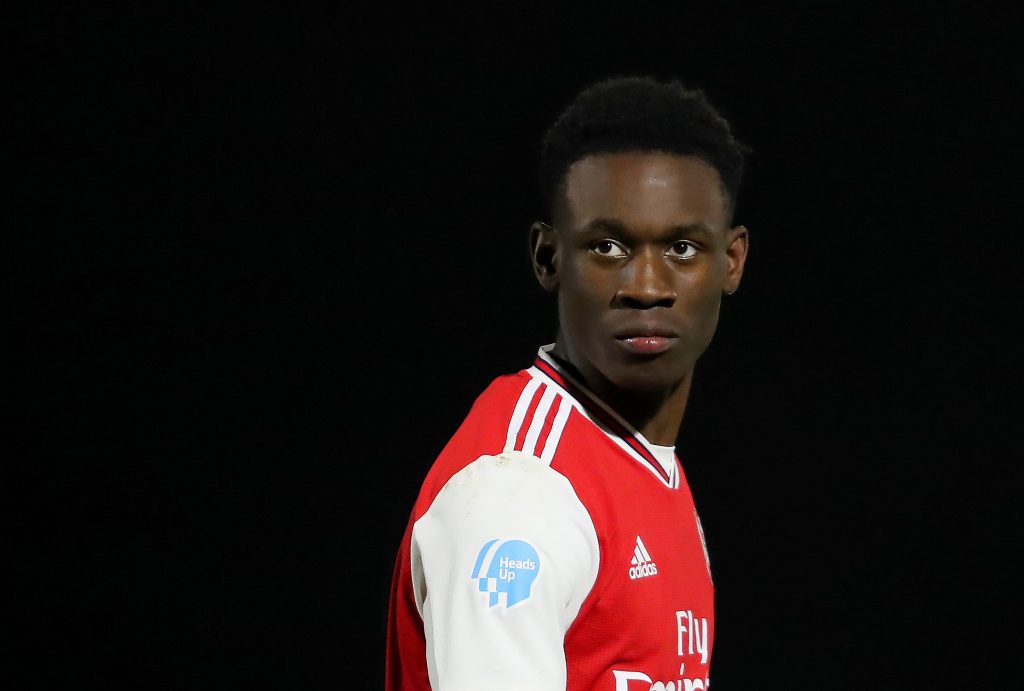 According to The Athletic’s David Ornstein, Arsenal striker Folarin Balogun is set to leave the North London side this summer after a new contract with the club could not be agreed.

The 18-year-old has just a year left on the professional contract he signed in February 2016, and the Gunners are ready to sell him in the coming weeks rather than losing him for nothing next summer.

Balogun has been prolific for Arsenal at youth level, but he has struggled for first-team opportunities and doesn’t even get to train with Mikel Arteta’s side regularly.

The teenager has decided to leave in order to continue his development elsewhere, and he isn’t short of options, with a host of Europe’s leading clubs keen on the Arsenal academy graduate.

The New York-born teenager has represented both England and USA at under-18 level and is also eligible to play for Nigeria.

Pierre-Emerick Aubameyang took to social media to claim that he was on fire after he trained with the first team in March 2019, but it appears that he will have to fulfill his potential elsewhere with a clear pathway into senior football not guaranteed at Arsenal.