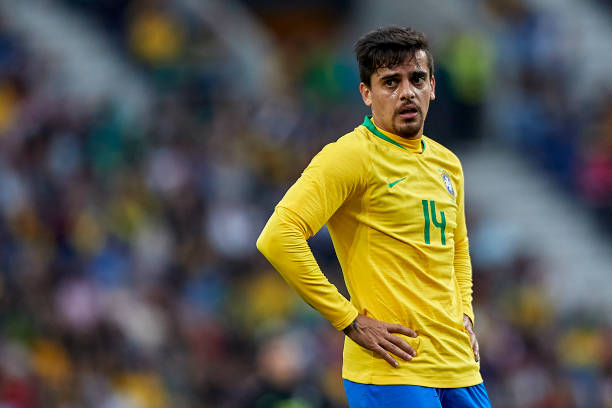 The Brazil international has had stints in Europe with PSV Eindhoven and VfL Wolfsburg, and Edu reckons he would be a great addition to the Gunners backline.

Fagner was reportedly on the radar of Barcelona in 2016 as the La Liga giants sought a back-up for Dani Alves, but a move couldn’t work out.

The 30-year-old is widely regarded as the best right-back in the Brazilian Série A having featured in over 200 league games and he definitely can help provide cover in the position for manager Unai Emery.

The former Vasco da Gama star could be a decent back-up and competition to the injured Hector Bellerin, and with Edu reportedly keen on him, he definitely can offer Arsenal quality and excellent service at the back.

Fagner is great with the ball at his feet and is an excellent crosser of the ball, and will also come cheap.

The Emirates Stadium outfit could do with such astute signing during a time like this when they lack enough transfer funds, and Edu will hope they do heed his advice.