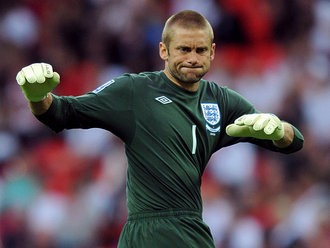 According to a report published by The Sun, Chelsea are interested in signing former West Ham and England goalkeeper Rob Green on a free-transfer.

The 38-year-old Green is a free-agent after spending last season as a backup option for Huddersfield Town.

The former England first-choice goalkeeper was reportedly considering hanging up his gloves at the end of last season but may now be tempted to continue his career for another season.

Fans will likely be mixed over the signing of Green.

He is best remembered for the horrendous error which he committed during the 2010 World Cup during a group stage game against the USA.

Whilst England were leading 1-0, Green fumbled a long-range effort from Clint Dempsey which allowed the Americans to equalize and the game ended up 1-1.

However, there are also benefits to signing him.

The former Queens Park Rangers man is highly experienced and he will also add to the amount of home grown players within the squad.