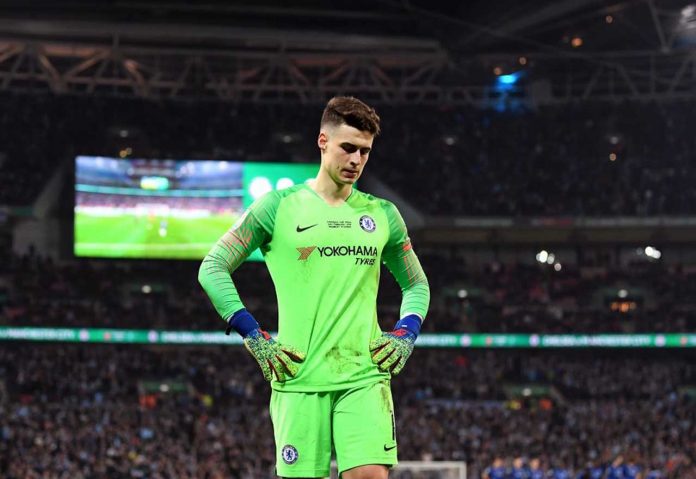 Following the arrival of Rennes’ goalkeeper, Edouard Mendy, Chelsea’s Spanish goalkeeper has been rumoured to leave the Stamford Bridge on a loan move before the transfer window closes.

There have been many questions regarding the goalkeeping options at Chelsea and the Blues manager who said last week that he was going to hold talks with the three goalkeepers has now come out to clear the air regarding the future of Kepa.

In his pre-match press conference on Monday, when the Chelsea boss was asked about Kepa, he said: ‘He’s a young man and a lot of the spotlight currently on him is unfair. I have to protect him because I know he’s a good lad trying to do his best.’

However, there have been rumours flying around that the Chelsea goalkeeper is being prepared for a loan move where he can get regular action and rebuild his confidence. And for potential admirers of the former Athletic Bilbao shot-stopper, the club has set a price tag of £40 million.

Since his arrival at the Stamford Bridge at a world-record fee for a goalkeeper, the 25-year-old goalkeeper has struggled with his performance, with many observers (and some Chelsea fans) blaming the Spaniard for costly errors and inconsistencies.

But despite Frank Lampard reiterating his trust at the beginning of the season, Kepa doesn’t seem to have learned his lesson. His latest problems came in on Matchday 2 during Chelsea’s Premier League game against Liverpool which saw Kepa partly at fault for both goals scored by Sadio Mane in the second half.

The Blues, last week, completed a $27 million deal with Rennes to get the signature of the 28-year-old Mendy who is expected to come and put an end to the increasing goalkeeping troubles at Stamford Bridge.

Frank Lampard confirmed in his press statement that the newly signed Mendy is fit and in the squad that will face Tottenham in the Carabao Cup match against Tottenham on Tuesday night.