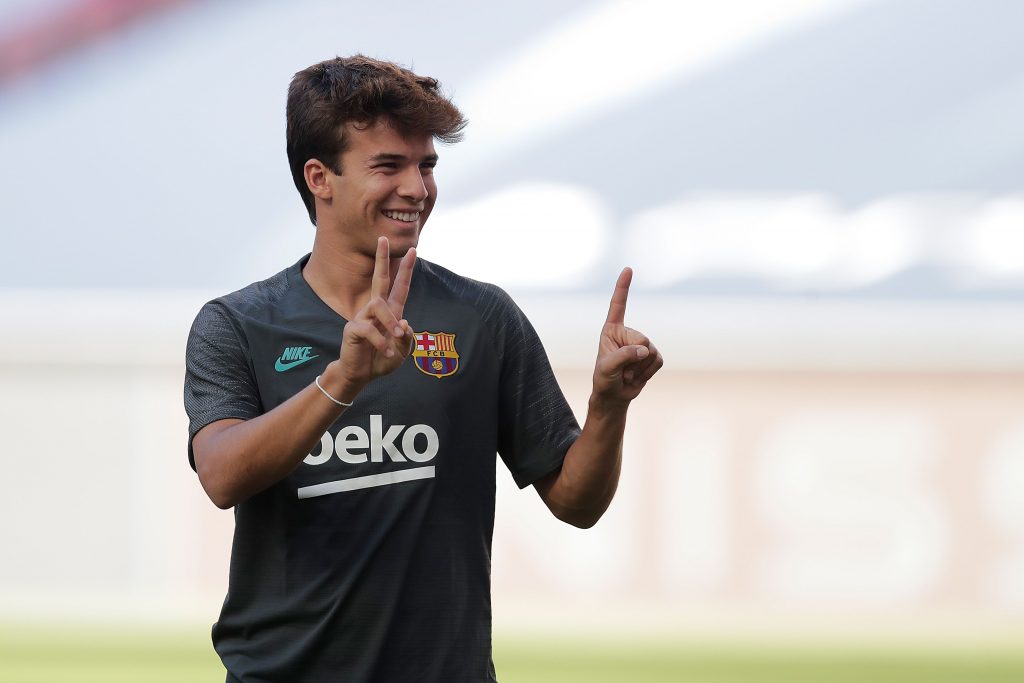 Barcelona may well have the next Andres Iniesta in their squad, but Arsenal are looking to lure him to the Premier League.

Arsenal were on the look out for a creative midfielder in the summer transfer window. After signing Thomas Partey, the Gunners were unable to complete Houssem Aouar’s signing.

Nonetheless, they have are still interested in boosting the squad this month and according to Fichajes, Barcelona youngster Riqui Puig is on their radar.

Puig has fallen out of favour with manager Ronald Koeman. He has played just 125 minutes in all competitions this season.

While Barca see him as one for the future, it is clear that the 21-year-old requires minutes on the pitch to continue developing. The player’s talent was even recognised by Lionel Messi, who labelled him as the next Andres Iniesta.

Arsenal manager Mikel Arteta is considered a big fan of the player. However, Puig’s permanent signing is considered impossible and therefore Arsenal to sign him on loan for the remainder of the season. It is thought that the Blaugrana are open to such an option keeping in mind Koeman’s preferences.

Arsenal have already offered Real Madrid man Dani Ceballos a platform to feature regularly and can do so for Puig.

The Spaniard’s playing time at Barcelona is not enough but the club ill-afford to lose him permanently, which they might if they don’t ensure he gets to play more this season.