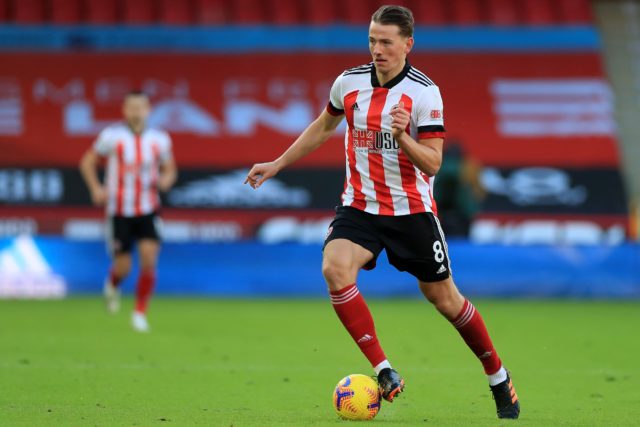 Arsenal are still keeping a close eye on Sander Berge and could make a move for the Sheffield United midfielder, according to reports from Norwegian outlet VG.

The Gunners were one of the many Premier League clubs that showed interest in singing Berge before he joined the Blades for the then club-record deal worth £22m in January 2020. The player quickly settled in and was considered one of the outstanding signings of the transfer window thanks to displays like these.

Find out all you need to know about the best betting sites in the UK right here.

While Sheffield have been really poor in the Premier League this season, managing just one point from nine games, Berge has been superb for them, producing eye-catching displays against Liverpool, Manchester City and Chelsea.

Arsenal have continued to monitor his progress, and are potentially weighing up a move for the 22-year-old, although it is not clear whether they want to sign him in the upcoming January transfer window or next summer.

Midfield situation at Arsenal… good fit for the Gunners?

The Gunners have been very inconsistent with their performances under Mikel Arteta, picking up only 13 points from their opening nine games.

Despite spending £45m on Thomas Partey this summer, the Gunners boss is still on the lookout for another midfielder and has earmarked Berge as a potential option.

Berge has the reputation of being a strong and physically imposing midfielder. He is a solid holding midfielder but Arteta can use him in the box-to-box role. He loves to dictate the tempo of the game, and in theory, could form a perfect midfield pairing with Partey if Arteta decides to use a double pivot.

With Mohamed Elneny currently out injured and Daniel Ceballos’ future uncertain, a potential move for Berge in January cannot be completely ruled out.

Arsenal have Granit Xhaka as another midfield option, but the Swiss midfielder hasn’t turned out as much of an influential figure as many expected him to be. Berge could be a very good replacement for either Elneny or Xhaka if Arteta decides to offload the pair.

However, the Gunners probably will have to pay a handsome transfer fee to lure the Norwegian as he has a contract till 2024. Also, other big Premier League clubs could join the race if the Blades get relegated (which could be a possibility) at the end of the season.