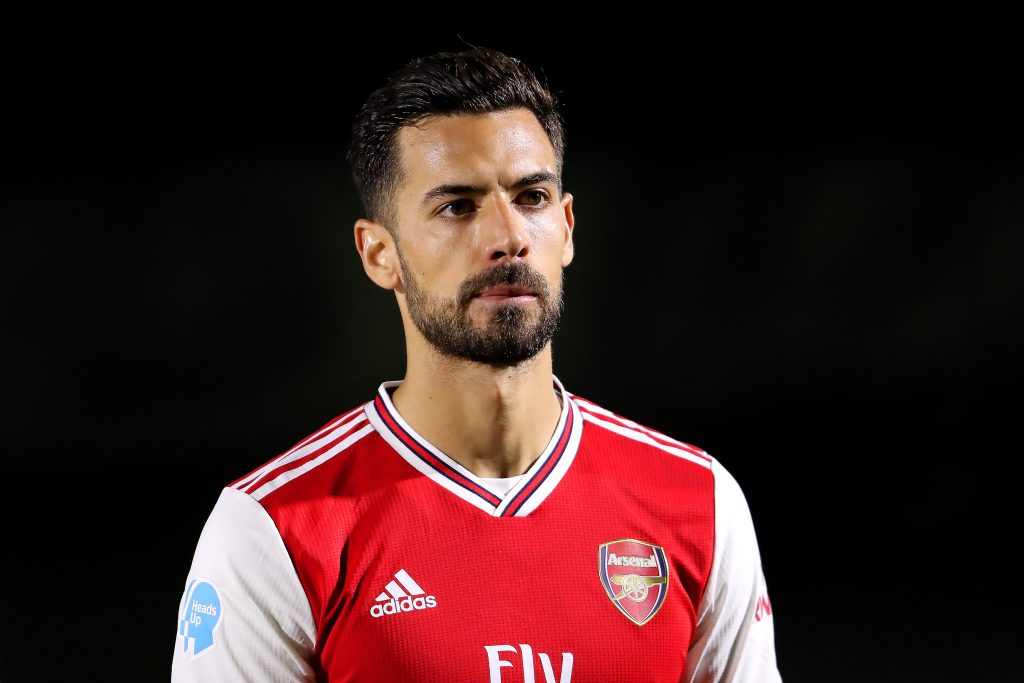 According to The Athletic’s David Ornstein, Arsenal centre-back Pablo Mari is out for the rest of the season with a serious ankle ligament and tendon injury.

Arsenal have lost Pablo Mari for rest of season with serious ankle ligament/tendon injury suffered in defeat at Man City, may need surgery. Granit Xhaka also picked up an ankle problem but may return before campaign ends. Rob Holding in contention for Brighton @TheAthleticUK #AFC

The Spaniard was withdrawn in the first-half of the 3-0 Premier League loss to Manchester City last night, while his replacement David Luiz will also be unavailable for selection for the next game after getting sent off in the second-half.

Granit Xhaka was also withdrawn last night after picking up an ankle problem but is expected to return before the campaign ends.

Rob Holding is in contention for the Brighton game on Saturday and could be paired with Shkrodan Mustafi in the centre of the defence the clash.

Mikel Arteta’s side are currently eight points off the top-four with nine games left and could miss out on Champions League football for the fourth consecutive season next term.

Arteta wants to sign a left-sided centre-back this summer, and the club are looking to make a permanent move for Mari.

The Spaniard was signed on a temporary basis from Flamengo in January and will cost Arsenal around £10 million.