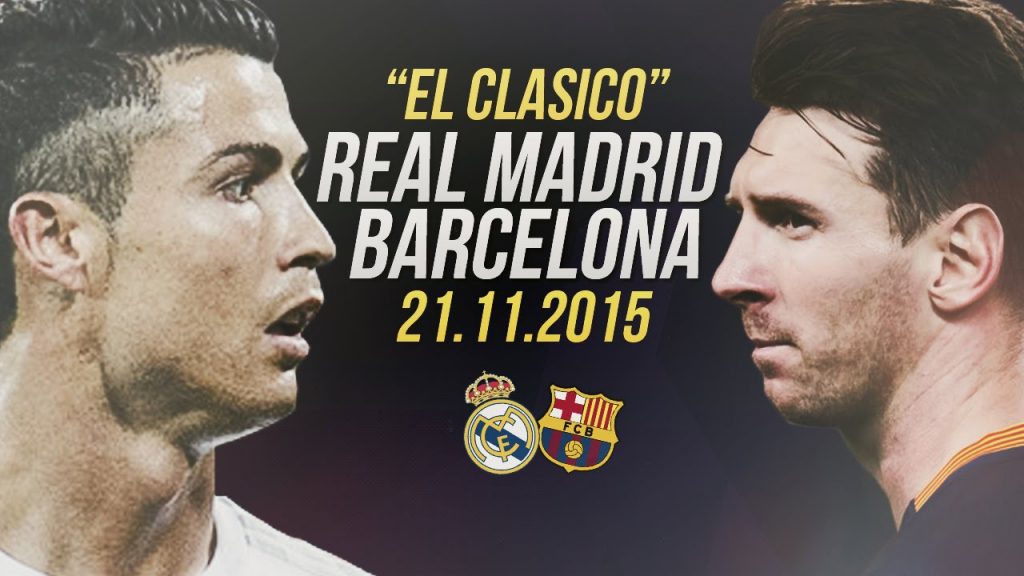 Real Madrid host the league leaders Barcelona at the Santiago Bernabeu for a cracking derby match in the La Liga this Saturday.

El Clasico is one of the most exciting and anticipated sporting events in the world and two of the most decorated clubs in Europe are set to battle it out for the bragging rights this weekend.

The first Clasico of the season is upon us and Real Madrid will be hoping to draw first blood in front of their own fans.

Los Blancos are second in the table, three points behind fierce rivals Barcelona. A win on Saturday could take Rafa Benitez’s side to the top of the table.

Although both sides are pretty evenly matched, Barcelona are probably slightly weaker than the two at the moment.

After injuries to key players Lionel Messi and Ivan Rakitic, the Catalan giants are forced to consider inexperienced alternatives for their starting lineup.

Furthermore, the La Liga champions have made an inconsistent start to the season by their standards.

After winning the treble last season Barcelona were expected to hit the ground running this year as well.

However with two defeats in the league already, Barcelona have shown that they are far from invincible.

Meanwhile Real Madrid have started the season impressively and are one of the best defensive units in all of Europe.

However, their unbeaten run came to an abrupt end against Sevilla right before the international break.

Rafa Benitez’s side crashed to a humiliating defeat against Unai Emery’s side and will look to get back to winning ways against their arch rivals.

Barcelona will be looking to increase the gap at the top of the table and Real Madrid will look to overtake the Champions with a win.

Both teams will be hard to separate and it should be another thrilling derby packed with goals.

You can watch Real Madrid vs Las Palmas live online through Fubo.tv – click here to sign up. 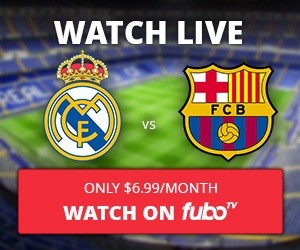 Real Madrid will be delighted to have Karim Benzema back in the starting lineup against Barcelona after the sex tape controversy. The Los Blancos will have their charismatic keeper Keylor Navas fit as well.

The likes of James Rodriguez and Danilo are expected to start on the bench while Isco and Carvajal take their place in the starting eleven.

Captain Sergio Ramos is set to play through pain and is expected to undergo a surgery later this month.

Meanwhile Barcelona will be delighted to see Lionel Messi back in training but the Argentine is expected to be on the bench.

Midfielder Ivan Rakitic is definitely ruled out and the likes of Munir and Sergi Roberto should replace the injured duo in the starting lineup.

Both teams have scored atleast one goal in the last 6 meetings between Barcelona and Real Madrid. A total of 23 goals have been scored during that period.

There have been 0 clean sheets in the last 6 meetings between Barcelona and Real Madrid.