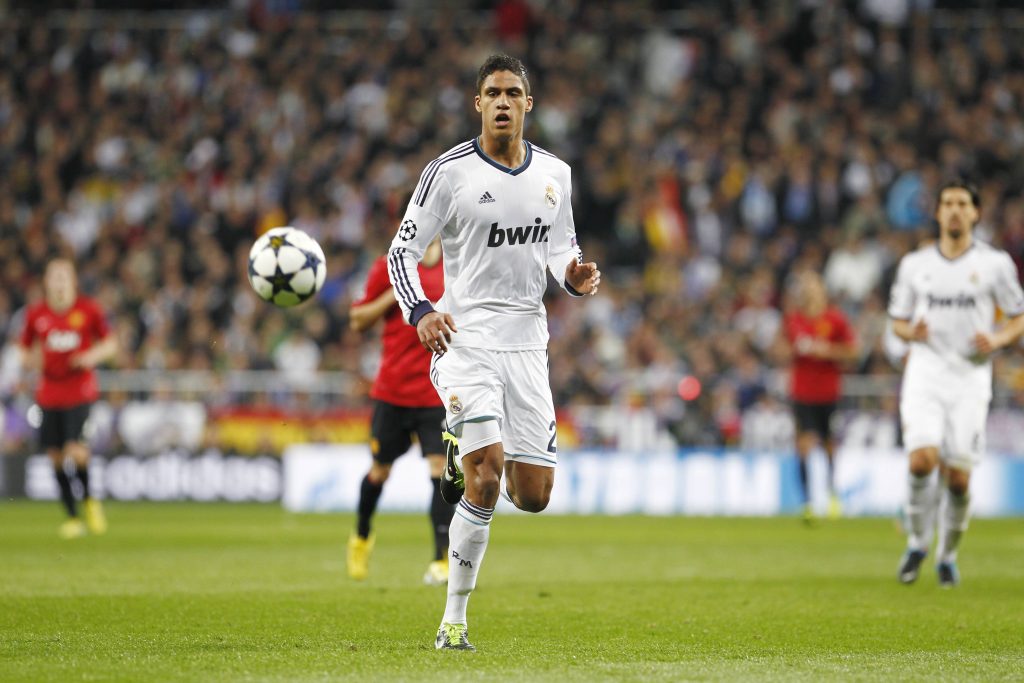 As we reported yesterday, Manchester United have agreed a deal in principle to sign Raphael Varane from Real Madrid.

United will pay £34 million-plus add-ons with the payments spread out over several years.

The 28-year-old will sign a four-year contract with an option to extend another year.

United’s interest in Varane goes back to his days at Ligue 1 club Lens.

At the time, he was one of Sir Alex Ferguson’s targets to be a part of the Red Devils’ new transfer policy.

United’s French scout David Friio watched Varane regularly during his last six months at Lens, who were relegated at the end of the 2010-11 season.

Varane found United’s interest to be ‘greatly flattering’. However, he was soon targeted by Zinedine Zidane, who provided him with a tour of Madrid’s Valdebebas training centre.

“Zidane got wind of this and somehow scooped him up for Madrid from under our noses,” Ferguson later recalled.

Varane subsequently joined the Spanish giants for €10 million on a six-year contract.

United tried to persuade the World Cup winner to join them in 2018, but he was deemed not for sale. The club turned their attention to Harry Maguire.

It wasn’t until March 2021 when the club decided to seriously push for Varane again, with Ole Gunnar Solskjaer adamant about getting his man.

According to The Telegraph, Varane was seen as the perfect centre-back partner to Maguire.

After a decade at Madrid, the Frenchman had already bought into the idea of playing in the Premier League.

With just a year left on his contract, it would have been an uphill task for Madrid to keep him.

The Frenchman was keen on a move to Old Trafford last summer after discussions with his brother Anthony.

The Spanish giants tried their best to keep hold of their star man, offering Varane an offer of higher value than United’s.

Real Madrid's final proposal to Raphaël Varane was worth more than the contract he has agreed with #mufc, which is understood to be worth around £20m per season including image rights and bonuses #mulive [@TelegraphDucker]

He rejected the contract as he had his heart set on United.

Ed Woodward, United’s executive vice-chairman, returned from a short break to close the deal with Madrid on Monday morning for an initial fee of £34.2m, rising to £42.7m.

United have been criticised in the past for their approach to complex negotiations, but their handling of the Varane deal should be commended.

The defender is in the prime of his career and is a welcome addition to one of the biggest clubs in the world.

United are slowly building a team to compete for titles, with an excellent mix of youth and experience.

Solskjaer finally has a core group of players with whom he can aim for glory next season.