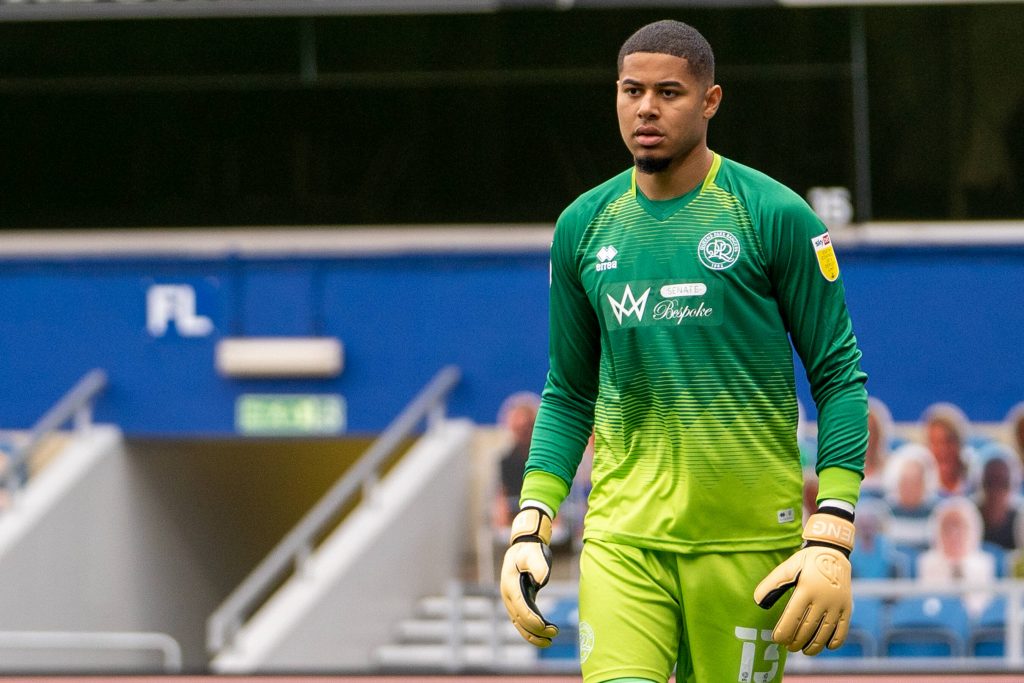 Queens Park Rangers manager Mark Warburton has played down reports that goalkeeper Seny Dieng is set to depart for £6 million.

Dieng first came to QPR back in 2016. He has spent most of the last five seasons out on loan, having spells at Whitehawk, Hampton and Richmond Borough, Stevenage, Dundee, and Doncaster Rovers.

After a string of errors from goalkeepers Joe Lumley and Liam Kelly, the former Grasshoppers man got his chance at the Kiyan Prince Foundation Stadium in the 2020/21 campaign.

He has gone on to impress with the west Londoners, winning the Players’ Player of the Year award last season along with centre-back Rob Dickie.

His form has attracted some attention, with several Premier League clubs being linked.

Leeds United and Arsenal were rumoured back in January, while West Ham United have been touted more recently.

This summer, the Switzerland-born Senegal international has been suggested as a target for Sheffield United should they sell number one choice Aaron Ramsdale.

The Englishman has been in talks with a big-money move to Arsenal, and Dieng has been linked as his replacement on a £6m deal.

However, QPR boss Mark Warburton has dismissed reports that his number one will be sold for this fee, labelling it ‘ludicrous’.

Speaking after his side’s 3-0 away victory against Hull City, as quoted by West London Sport, Warburton said: “No one here is going cheap.

“I read about a price tag on Seny [Dieng]. Ludicrous. The fans need not worry. The owners will put the right price on the players.

“Every player in the world has got a value. If anyone leaves QPR, it will be on the owners’ terms.

“If they leave it doesn’t matter because they’ll leave at a price that represents great value for QPR.”

The 58-year-old will be desperate to keep hold of his key players in the coming weeks as his side pursues a top-six finish.

The Rs have been tipped by many to finish inside the play-offs, following a strong end to the last campaign.

They have begun on the right foot, currently sitting in second place after two league games.

They drew 1-1 with Millwall on the opening day before sweeping Hull City aside, as well as defeating Leyton Orient on penalties in the Carabao Cup.