This might not be your first read on this topic but I just felt like giving an input on this very badly. There are rumors of Manchester City to go after Carlos Puyol and Eric Abidal of Barcelona. I don’t see this happening clearly. In my view, Abidal is pretty settled in Barca and Barca are pretty settled with Abidal. Sure, Gabriel Milito started training after a long, long time and Barca now have the services of Maxwell and Dmytro Chygrynskiy but still Abidal is Abidal.

Now, I’m going to do a brief analysis of the chances of Puyol’s transfer to City:

Carlos Puyol
Puyol started playing football as a goalkeeper. However, an injury in his shoulder forced him to switch to striking. In 1995, Puyol joined Barcelona’s youth team as a 17 year old player who was still not too sure of which position suits him the best. He played as a defensive midfielder. In 1997, Puyol reached Barca’s B-team as a right-back. Finally in 1999, coach Louis van Gaal promoted Puyol to his first team, debuting on 2nd October, 1999 against Real Valladolid. He has now become a central defender. 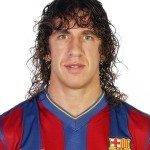 Afterwards, Puyol won the Best European Right Back award in 2002, Best European Centre Back in 2005, 2006 and 2008 and he won the trophy UEFA Club Best Defender in 2006. When Luis Enrique retired in the 2003-04 season, Puyol was made captain of the team. In October 2009, Puyol became the third most featured player behind Xavi Hernandez and record holder Migueli (548 appearances).

On 30th October, 2009 Puyol signed a new three year extension to his contract with Barca, running until 2013. This guy has won all his club titles playing for Barcelona, the ‘cules’ (Barca fans) love him, he has a place reserved for him in the Barcelona hall of fame, everything is perfect for him to end his career in Barcelona. I know I wouldn’t pass on an opportunity like that.

Here is what Barcelona’s official website says about him (link):

More than anything else, Carles Puyol is a reference point for the rest of the squad due to his character and qualities of leadership and because of his pride in the Barca colours and his total identification with the Club. 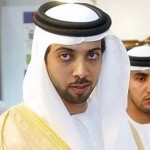 City’s owner Sheikh Mansour bin Zayed Al Nahyan has been pouring in money for all the big names in the footballing world. You name him, he wants him. Thier biggest achievement in my point of view is the Brazilian striker Robinho. Do you know why Real Madrid sell him to City?

Robinho knew that he was moving to Chelsea and he was so excited about it that he said some things in a press conference that nobody had said about the Spanish giants before. RM, in response, made a deal with City instead of Chelsea. It is said that until the last moment, Robinho knew he was going to London and he was quite heart broken when he found out that he was actually going to Manchester.

Also, Sylvinho the former Barcelona left-back was released by Barca before City added him to their squad and they have eight defenders now.