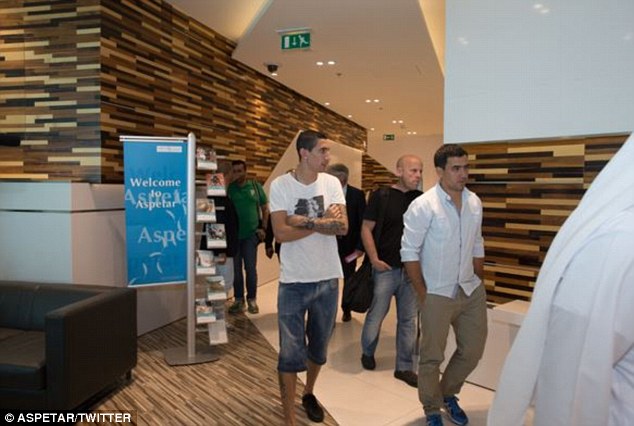 Manchester United have yet to officially confirm the departure of Angel di Maria to Paris Saint Germain, but surely it is only a matter of time now, before the club do so.

The two clubs have already agreed a deal, and the Argentine has reportedly completed his medical in Doha ahead of his move. According to journalist Jonathan Johnson, Di Maria will be presented as a PSG player on Thursday, i.e, today, around 18.30 hours.

Di Maria will be a massive signing for PSG. It’s really amazing that how the Argentine managed to seal two big money transfer moves in two successive transfer windows.

The Argentine struggled badly at United, but he will hope to produce his best performances for PSG, especially after enjoying a brilliant Copa America campaign during the summer. French media are naturally very excited with the move. L’Equipe even described him as a ‘messiah’ who can help PSG reach a different level, especially in the Champions League.

Manchester United are wasting no time here to sign an able replacement, and if the reports are to be believed, the Red Devils are close to signing Pedro Rodriguez from Barcelona. Club chairman Ed Woodward is due to travel in Spain, where he will hold talks with Barca officials to reach an agreement over the transfer.

Also, reports emerging from Portugal that Manchester United could sign Benfica winger Nicolas Gaitan. The Argentine winger has reportedly agreed a verbal deal with United, although we’ve been hearing that all throughout the summer.