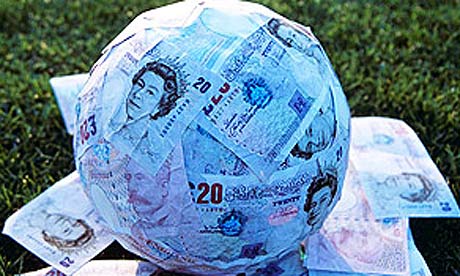 BBC Sport’s Price of Football 2013 study (which analyses the price of attending football matches across England and Scotland) makes for grim reading. Although the bigger picture shows that the steady increase in price has generally halted, the truth is that the beautiful game is not a cheap pastime for the average Joe to pursue.

The study covered 164 clubs across 10 divisions; five from England, four from Scotland and the Women’s Super League. The results were eagerly anticipated, especially given the fact that the average price for the cheapest ticket in English football had gone up by 11% in 2012.

In general the price of tickets, be it match-day or for an entire season, have stagnated. However, with the average football fan struggling in a downtrodden economy, most clubs across the UK are not making it any easier for their supporters to attend on a Saturday afternoon.

Almost all the additional money is being used to fund player acquisitions and paying agent fees, with very little seeming to go into off-pitch investments that have a key role to play in shaping the club’s future and fanbase.

Arsenal remain the most expensive club to watch, with the priciest category A adult match-day ticket at the Emirates Stadium costing up to £126. The Gunners also have the costliest season ticket, with it stinging some of the north London club’s fans £1,955 to attend all home Premier League games and seven cup fixtures.

By contrast, Manchester City have the cheapest adult season ticket in the Premier League at £299.

Arsenal being based in London will be a factor in the more expensive tickets. Whether City are keeping their prices low to look out for their fans or to make an attempt at forging a more dynamic atmosphere at the Etihad Stadium remains to be seen.

One thing is for sure; the price of watching football is as high as it has ever been. With competition on the field fierce, it seems like it is the fans that are paying the cost of ambition from the terraces.