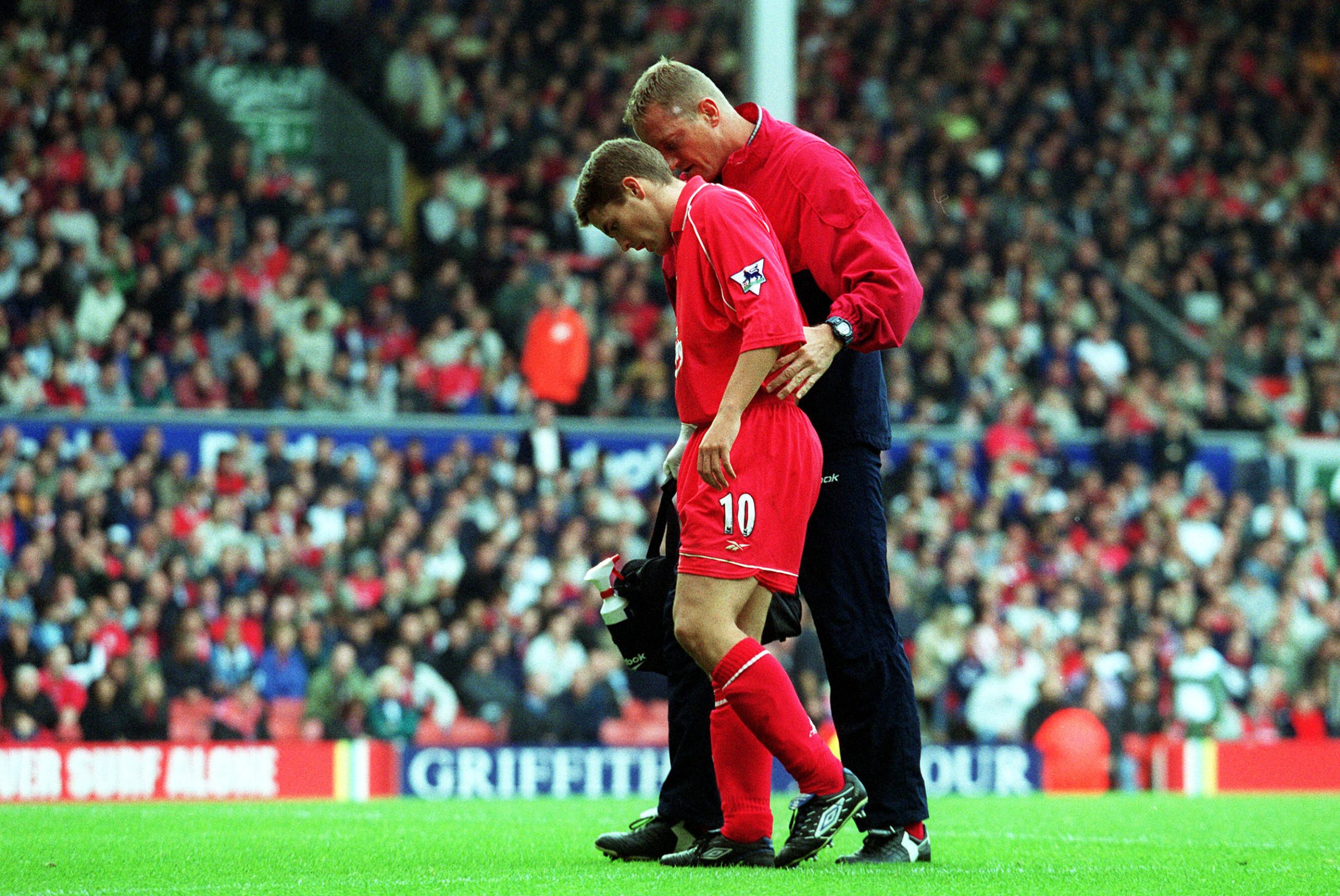 The launch of the Premier League in 1992 sparked a wave of hype that has continued apace since then.

While the self-styled ‘best division in the world’ clearly has plenty of attributes, it is debatable whether the excitement it generates is truly justified.

One area where the propaganda machine has run riot is regarding players, with the last few decades littered with examples of someone being hailed as ‘the next big thing’.

With many of those players failing to live up to expectations, we have assembled a Premier League Unfulfilled Potential XI. 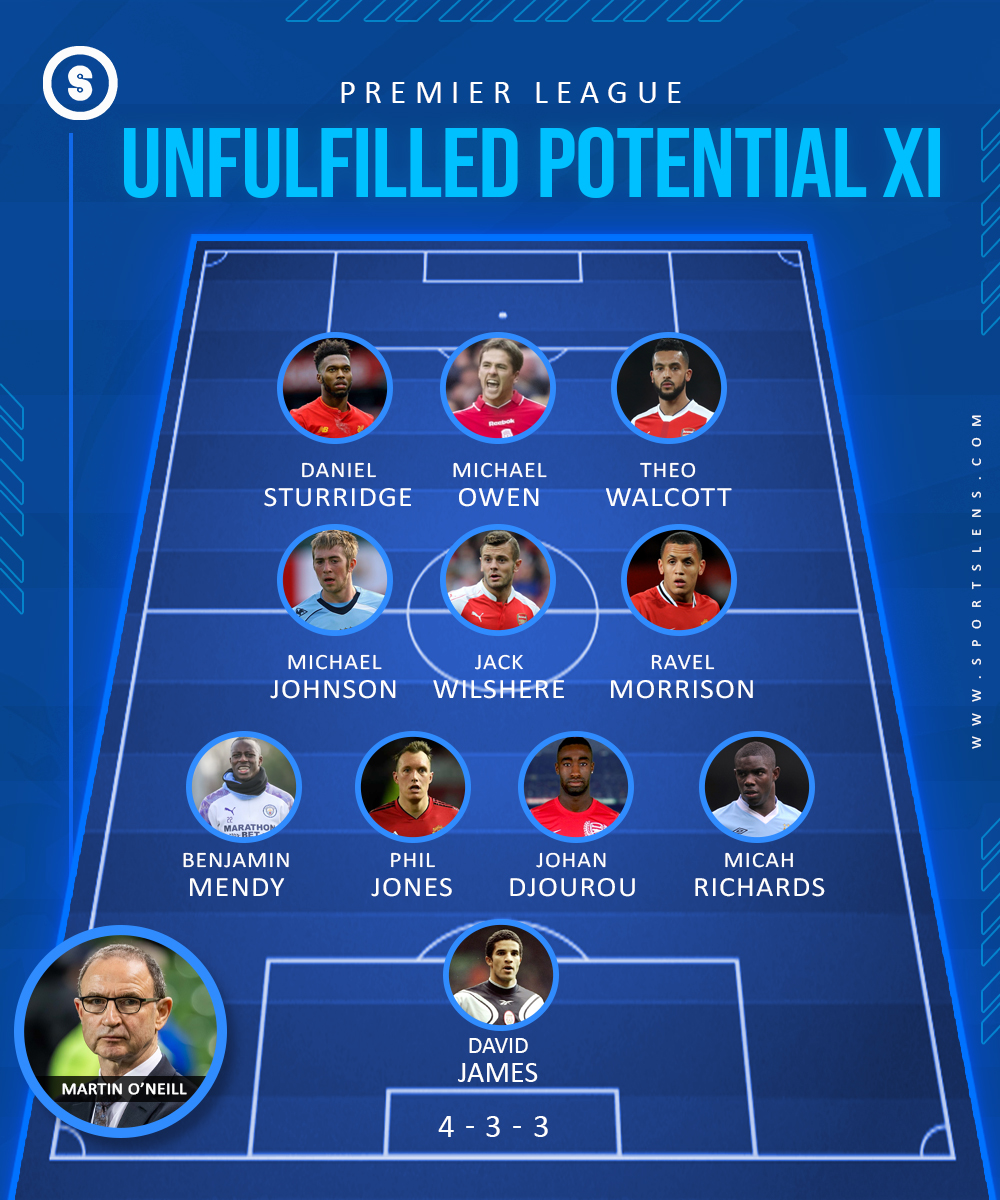 David James (GK) – Although James ended his career with two major trophies on his CV, it is impossible to look back on his playing days and think that he delivered what was expected of him.

For starters, you don’t end up with the nickname ‘Calamity James’ unless you are prone to dropping clangers, and that was certainly the case where the former Liverpool goalkeeper was concerned.

Howlers in the 1996 and 2000 FA Cup Finals were amongst a plethora of low points. Factor in his failure to help England’s supposed ‘Golden Generation’ deliver success on the international stage, and James is the undisputed number one in this team.

Micah Richards (RB) – Richards ‘burst onto the scene’ (Roy Keane disagrees) in 2005 and was subsequently part of the Manchester City squad that won the Premier League in 2011/12.

However, a series of injuries hampered his progress, and he was eventually loaned to Fiorentina, where he made just 10 appearances in Serie A.

He joined Aston Villa on a free transfer in 2015 and was part of the team relegated to the Championship. Richards stayed with the club but played just two more league games before retiring. 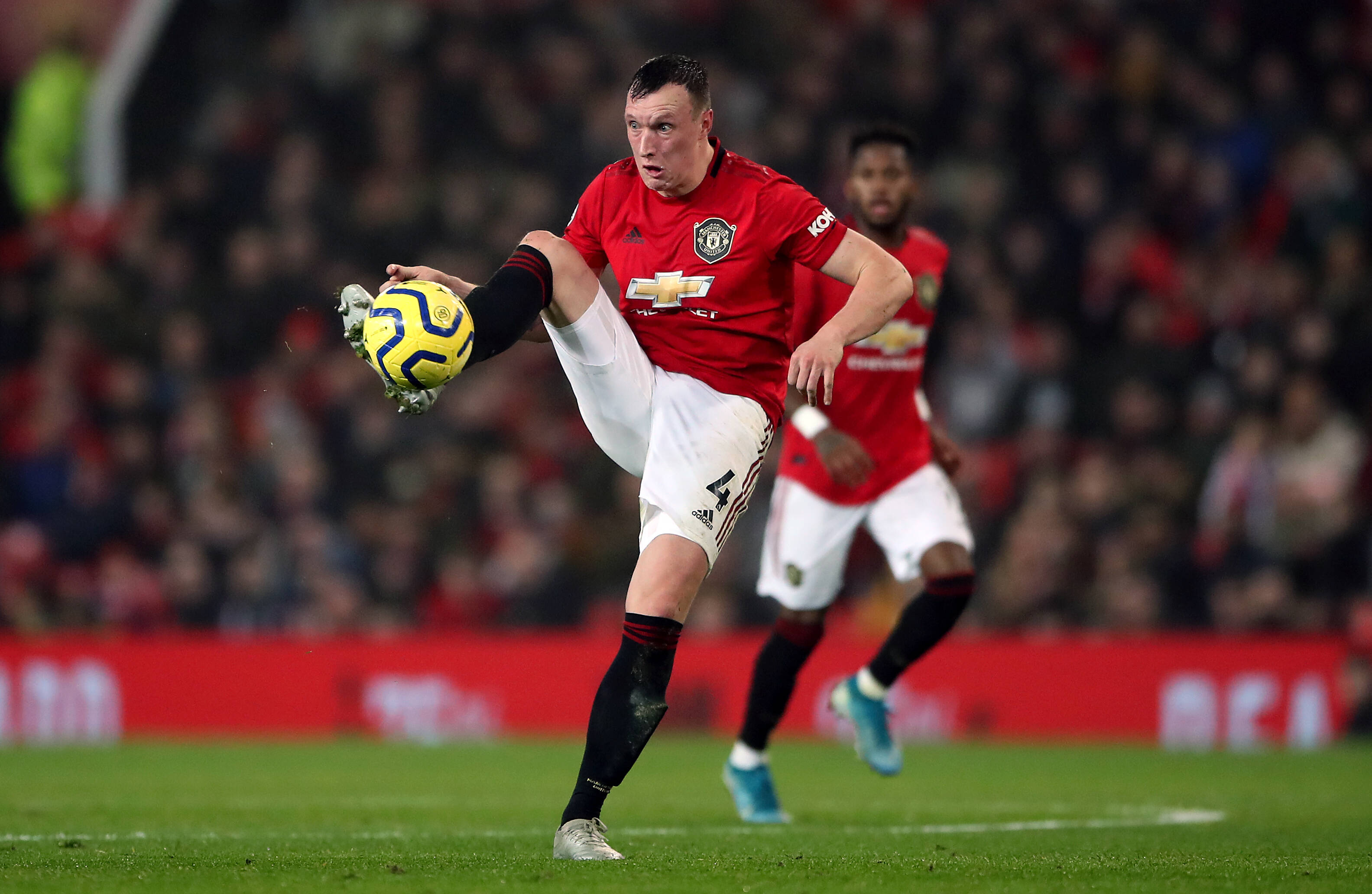 Phil Jones (CB) – Jones made a huge impression for Blackburn Rovers on his Premier League debut in 2010, keeping Chelsea’s Didier Drogba in his pocket throughout the 90 minutes.

He quickly established himself as a huge favourite with the fans, and it came as no surprise when Manchester United snapped him up for around £16.5 million the following year.

Johan Djourou (CB) – Djourou joined Arsenal as a teenager in 2003 and was viewed by then-manager Arsene Wenger as a surefire star of the future.

He quickly broke into the first team squad but failed to cement a regular place in the starting XI and was eventually loaned to Birmingham City.

While the Switzerland international has since forged a reasonable career in Europe, he undoubtedly failed to reach the levels that Wenger had in mind for him.

Benjamin Mendy (LB) – Mendy joined Manchester City from Monaco for £52 million in 2017. He has since made just 44 appearances in the Premier League.

A serious knee injury two months after his arrival didn’t help his cause, and a further setback the following season was another blow.

Off-field disciplinary issues have also been an unwelcome distraction, and Mendy is yet to prove that he can live up to his hefty fee. 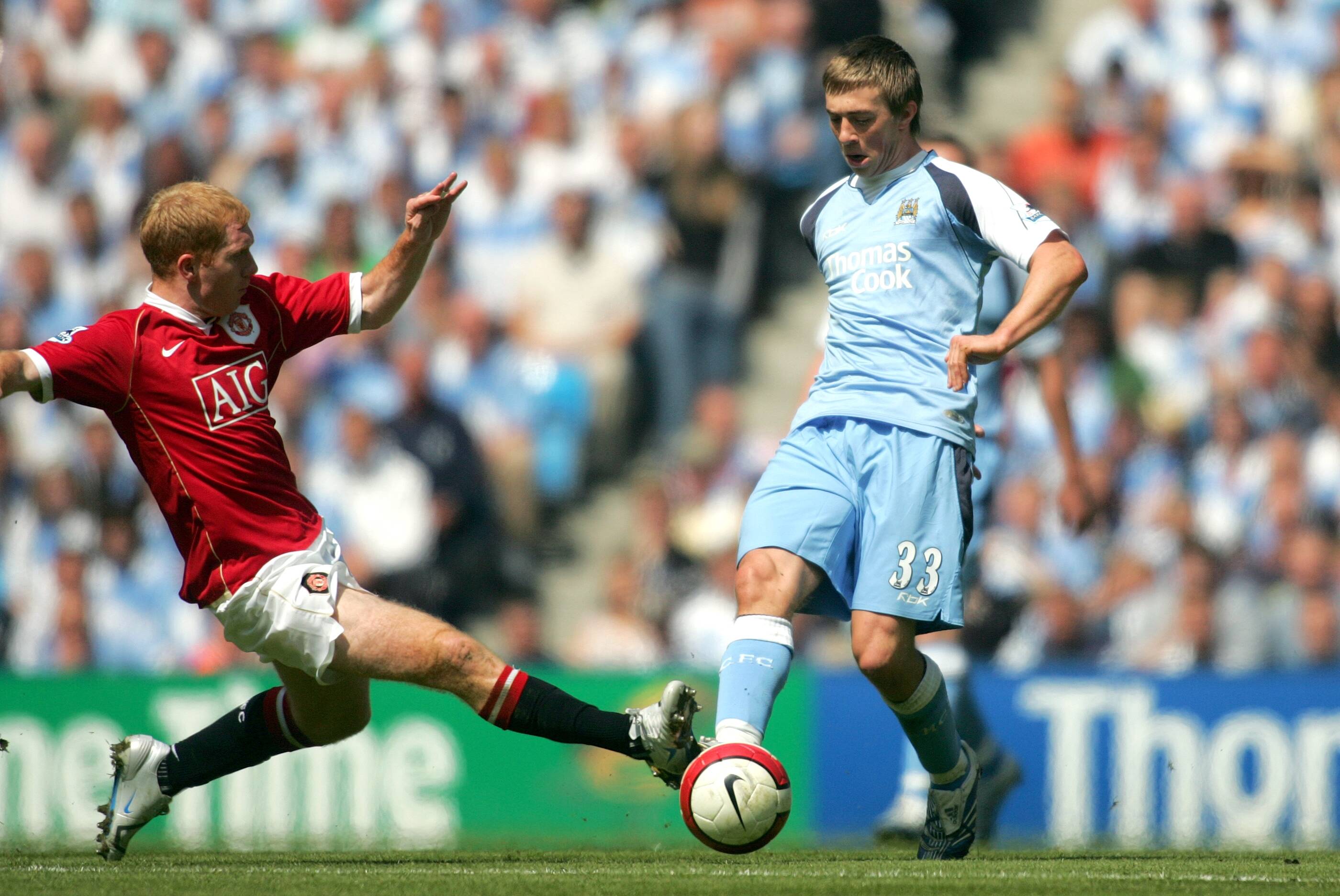 Michael Johnson (M) – Johnson’s inclusion in this team is done with a heavy heart, with his demise highlighting the hidden pressures that footballers can face.

Former Man City teammate Dietmar Hamann said he was better as a youngster than Steven Gerrard and Michael Ballack, but Johnson struggled to handle the limelight.

Injuries, depression and drink-driving resulted in the midfielder being released from his contract in 2012, and he retired from football aged just 24.

Ravel Morrison (M) – Morrison appeared to have the world at his feet as a teenager, but things have not gone to plan for the former Man United starlet.

Ferguson rated him as one of the best-ever talents to come through the club’s youth system, but off-field issues derailed his progress.

Morrison has had a nomadic existence since leaving United in 2012 and is currently without a club after leaving Dutch side ADO Den Haag in January.

Jack Wilshere (M) – Described by many pundits as one of the best technical midfielders around, Wilshere’s injury record prevented him from fulfilling his potential at Arsenal.

Wilshere signed for West Ham United on a free transfer in 2018, but he continued to be dogged by fitness issues and was released last October.

The 29-year-old joined Bournemouth during the January transfer window and has unsurprisingly failed to make much impact with the Championship club. 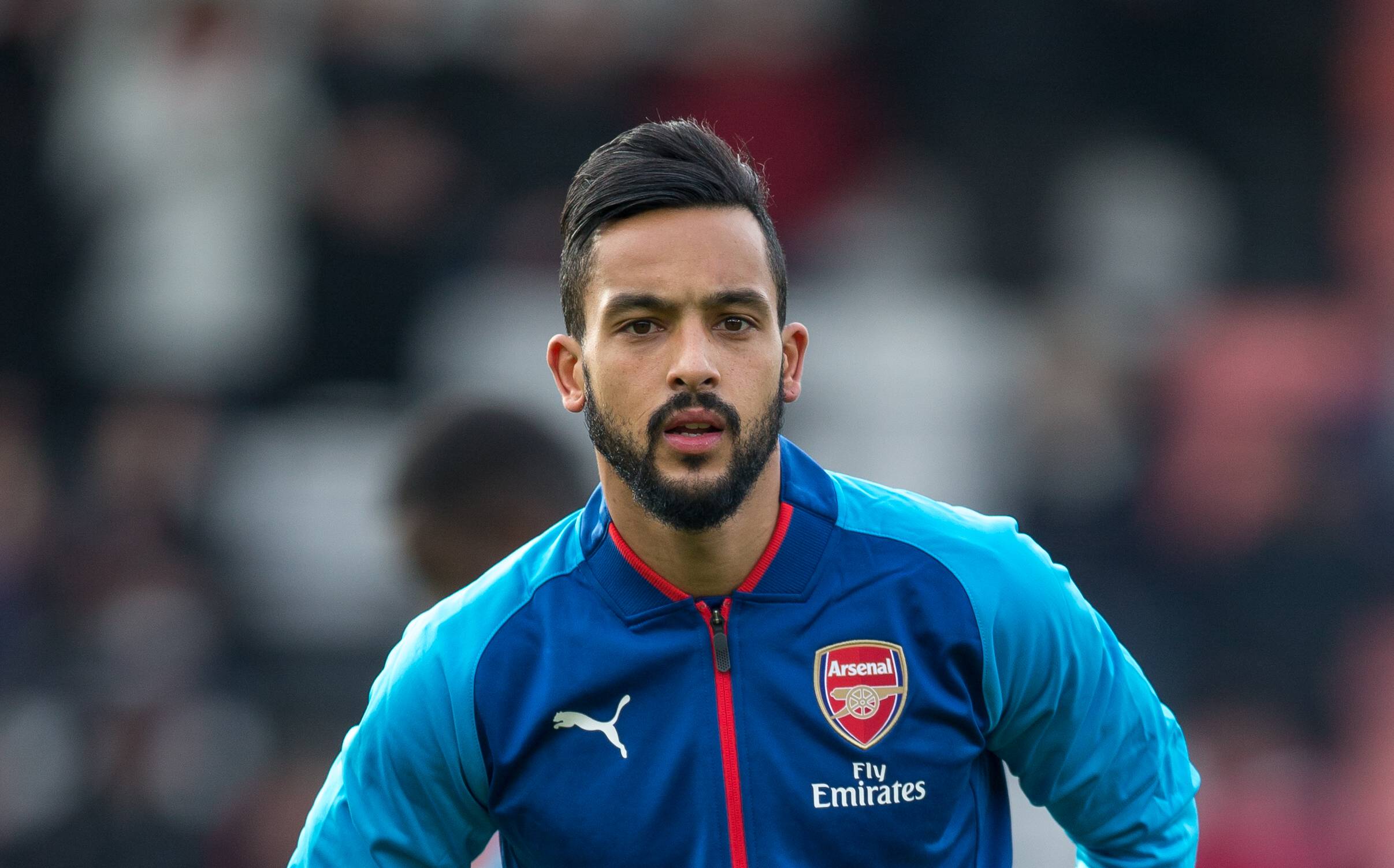 Theo Walcott (F) – Signed as a 16-year-old by Arsenal from Southampton in January 2006, Walcott was thrust into the spotlight just five months later when he was called up by England to their World Cup squad.

The hype train continued thereafter, with Walcott establishing himself as a regular in the Gunners’ first-team squad. However, consistency was never his strongest attribute, and he was eventually sold to Everton.

Walcott spent just over three seasons at Goodison Park without ever hitting the heights he was thought capable of, and he is now back at Southampton on loan.

Michael Owen (F) – Including a Ballon d’Or winner in this team might seem overly harsh, but Owen’s overall career is certainly one which can be viewed in an unfulfilled light.

His goalscoring prowess during his early years helped Liverpool succeed in cup competitions but failed to deliver an elusive Premier League title.

From 2004 onwards, Owen’s effectiveness dropped dramatically, with injuries limiting his impact elsewhere. Since hanging up his boots, he has switched (badly) to punditry.

Daniel Sturridge (F) – The former Manchester City, Chelsea and Liverpool striker has shown flashes of brilliance, but a lack of consistency and attitude problems have prevented him from fulfilling his potential.

Sturridge was unable to take a second chance at Liverpool following a failed loan spell with West Bromwich Albion, and he subsequently ended up in Turkey with Trabzonspor.

After being handed a four-month ban for breaching FA betting regulations in March 2020, he was released by the Turkish club. As things stand, the 31-year-old’s future doesn’t look overly bright.