Premier League Champions Manchester United could make a late and surprise move for Real Madrid target and Tottenham Hotspur winger Gareth Bale. Spanish champions Barcelona have lodged a formal bid for Liverpool defender Daniel Agger, while the Reds are looking to add a quality left-back to their side. All this and much more in our Monday Premier League transfer round up section. 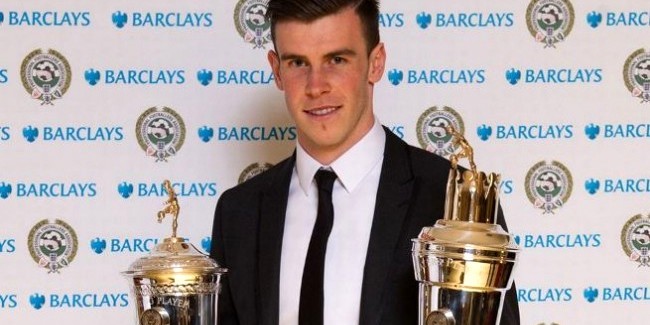 According to reports from The Daily Mail, Manchester United could yet make a bid for the man-in-demand, Gareth Bale, who has been the prime target of Real Madrid this summer.

Spurs chairman Daniel Levy has slapped a price-tag upwards of £80 million for Bale, that has forced Madrid to distance themselves from the Welsh star in recent weeks. Of course Bale ‘fits the bill’ and is a ‘genuine marquee signing’ as reported by the newspaper, but in reality, The Red Devils would never pay such prices.

The Gunners are closing in for Bayern Munich’s highly talented central defensive midfielder Luiz Gustavo, who is valued at £14 million, but could face a strong competition from Serie A giants Napoli.

The Brazilian was one of the key members of Bayern side that won the treble last season, but is expected to drop down the pecking orders at the club, under Pep Guardiola, following the arrival of Thiago Alcantara from Barcelona.

Barcelona have lodged an initial bid for Liverpool centre-back Daniel Agger, but it was rebuffed. It is understood that the La Liga giants are likely to return with a better offer in coming days, but the Reds are unwilling to sell their newly appointed vice-captain.

Liverpool are looking to land Granada’s talented left-back Guilherme Siqueira for £5 million, as manager Brendan Rodgers is looking to add to his full-back options this summer, with the club only left with Jose Enrique as their first choice left-back.

Reports in Italy suggest that striker Alessandro Matri has held talks with Juventus officials and coach Antonio Conte, amidst offers from Liverpool and Napoli.

Liverpool winger Stewart Downing could join West Ham after holding positive talks with Hammers boss Sam Allardyce over the weekend. The former Aston Villa winger will join ex-Reds Joe Cole and Andy Carroll, should he complete his £6 million deal and the medical subsequently.

Everton could miss out on prime defensive target Toby Alderweireld, as Spartak Moscow stole first blood by lodging an official bid for the Ajax centre-back.