We are in the second week of July and as expected the transfer market is gradually heating up, with press dishing out delicious scoops to meet the ravenous needs of the football fans from all over the world.

Here at Soccerlens, and particularly this segment, yours truly will try to analyze the five major transfer stories of the day. Let’s get started, without any further ado.

Cristiano Ronaldo, who has only two years left on his current contract has been linked with a return to the Premier league following comments that he wishes to play in the Premier League once again, fuelling wild speculations about his future.

Only few weeks back, the Portuguese was caught recapitulating again, about how he misses his past glory days at Manchester United.

However, he also added that his life is now settled at Real Madrid and he is enjoying every moment at the Spanish capital.

As per the report, City are prepared to pay £300,000 per week wages and have made it clear to the Madrid board that they would be ready to provide a blank cheque, should Ronaldo decide to leave

Money could always be a motivation for Ronaldo to move elsewhere, but I highly doubt, he would like to knock down his legendary status at United and instead engrave his name as a “traitor” by joining a rival club.

While the aforementioned English tabloid may not have the virtue to be faithful even to own lowliness at times; Ronaldo still has enough dignity in him to preserve the dying ingredient in football – Loyalty.

The chances of getting Fabregas for other Premier League clubs are very slim. Simply because, Arsenal have a £25million first-option clause on the midfielder as part of the transfer deal when they sold the 26-year-old to Barcelona in 2011.

A passage in the report read: “… the Gunners are poised to strike should the midfielder decide his future lies elsewhere with the Emirates Stadium club being kept updated on developments regarding the 26-year-old’s future as the summer progresses.”

Fabregas has stressed his desire to remain at Barcelona in at least three-four interviews this summer where he clearly said that he doesn’t wants to leave the club, and would prefer to stay and fight for places and that he has a point to prove.

Although the former Arsenal captain has under-performed to a certain extent since his move to the Catalan club, it is unlikely that he would return back to his old club, to avoid the challenges he is facing now. Probably, another lacklustre season will force him towards the exit doors at Camp Nou.

Arsenal to step up bid for Luis Suarez – Goal.com

Arsene Wenger has no shortage of funds at his disposal and the Frenchman is looking to make few marquee signings for the North London club.

While Arsenal are still trying to engineer a deal for Gonzalo Higuain, but with every passing day, it seems like they are fighting an already lost battle. Hence, the London club are believed to have shifted their attention towards Liverpool’s unsettled striker Luis Suarez.

The Uruguayan had long been maintaining the stance that he has been a crude victim of press in England which has led him to believe that his future lies away from England, had done an amazing U-turn in his last interview where he insisted that there’s still a future for him in this country!

“I have to value that; despite everything that’s happened, [English] clubs still value players for what they can do on the field,” he said.

“That makes me think that I can come back and do well over there. It’s good that the English clubs still want me.”

However, despite his fickle wishes and the mood swings (which is a façade though – we all know the real reason is Champions League football) like a pregnant woman; Liverpool are steadfast in their decision of not selling him to any Premier League club. And even if they do sell, one can be rest assured it won’t be within £30-35 million what Arsenal are offering – his buyer would need to add around £15 million more to that figure in order to secure his signature.

Verdict: As long as Liverpool maintain their stance, Arsenal have no chance what-so-ever.

Paolo Di Canio promised that he would invest the money to buy quality players, after selling Simon Mignolet to Liverpool in the summer. And indeed, he is keeping his promises. 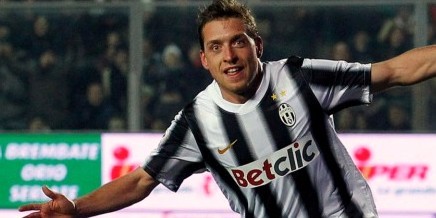 Sunderland are close to signing the versatile winger from Juventus, Emanuele Giaccherini, and the deal could be completed within this week.

The Serie A giants have paid heavily to reinforce their strike departments and after weeks of negotiations, it is believed, as per reports in Italy that Antonio Conte has finally agreed to release the player.

Juventus would be looking for a fee in the region of £8.5 million, but The Black Cats are confident of snapping up a deal for the Italy international within £7 million only.

Roma midfield maestro Pjanic has become the centre of attraction this summer with several top clubs including the likes of Barcelona registering an acute interest in him.

Spurs were linked with Pjanic last season and Andre Villas-Boas would be keen to add him to the side and according to reports, the Portuguese could be willing to pay as much as £20 million for his signature.

Likewise, new City boss, Manuel Pellegrini is a keen admirer of the 23-year-old (as reported by Express), while striker Edin Dzeko expressed his desire to see his countryman come to the Etihad.

Although, such rumours are highly tempting, but the player himself in unsure whether it is the right time for him to make a switch to the Premier League or elsewhere.

He said recently: “I feel good at Roma, though, and at this point I don’t know if I’ll leave this summer.”

Roma could be willing to part ways if any substantial offer is placed on the table but as of now Pjanic is determined to play for the Giallorossi.

Verdict: Chances are very slim at this moment.

Check all the latest transfer stories with the Premier League transfers and La Liga transfers pages.