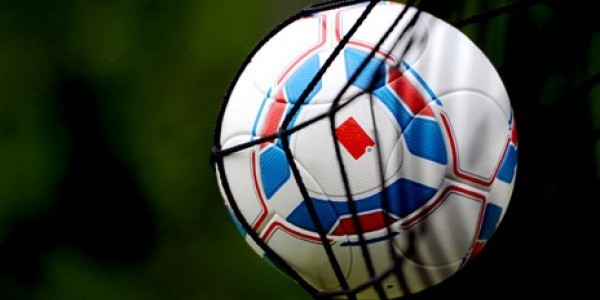 Is there such a thing as too much goals? Barney Ronay of the Guardian thinks so, and it almost sounds like a reasonable argument until you substitute ‘sex’ for ‘goals’ in the following statement:

Nobody who really likes football likes goals that much. Not in the abstract, deprived of context or scarcity value. What is the pleasure, really, in witnessing a goal? Or in witnessing a goal surrounded by so many other goals that it becomes little more than its basic parts: a leather sphere propelled across a chalk line into a segmented nylon gauze. Does that sound fun? The only way in which a goal has any real content is against the wider background of an absence of goals. There must be struggle and despair, we must genuinely believe to the last that a goal may not happen at all.

And then you know instantly that this is bullshit. We want goals. The difference is that mostly we want quality goals (as opposed to defensive errors), and in some cases we just don’t care as long as our team scores.

I’ll leave the football and sex analogy for someone else – luckily, with the games coming in the Premier League this weekend, I think we’re all guaranteed more goals (place your football bets here), and few will argue that this is a bad thing.

The big game on Saturday sees Manchester United play host to arch rivals Arsenal (12.45pm KO, Live on Sky Sports 2), and Sir Alex’s men look bankers at 1.67 with Paddy Power to come out on top.
The Red Devils have won seven and lost none of the last eight matches against Arsenal at Old Trafford and famously inflicted a 8-2 defeat in the corresponding fixture last season.
They come into this second in the league following their 3-2 defeat of Chelsea at Stamford Bridge and face a side who whilst defending well are finding it hard to score and struggled to beat winless QPR 1-0 last time out.
Everything suggest a comfortable win for united, and all eyes will be on Robin van Persie who is set to square off against his old club for the first time.
The Dutchman is a 5 chance with bet365 and Paddy Power to net the opener, and can be backed at even money (2) with Boylesports to score anytime.
His fellow striker Wayne Rooney has a 10 goal haul against the Gunners and can be backed at 6 with bet365 in the first goalscorer market, but my money is going to be on RVP to deliver the goods and inflict misery on his former team mates.
Given that Arsenal have also scored just 10 goals in 20 Premier League visits to Old Trafford, backing United to win to nil at 2.2 with Paddy Power makes plenty of appeal.
The home side were also very quick out of the blocks last weekend against Chelsea, and the 2.6 on offer with bet365 on offer for them in the HT/FT market looks a bit of value.
I am also going to take a small punt United running out wide margin 4-0 winners, and that is a 29 chance with Betfred.

Chelsea travel to Wales to take on Swansea and look worthy odds-on favourites at 1.8 with Betfred and Paddy Power to secure all three points and maintain their position at the top of the table.
The Blues gained revenge for their controversial defeat at the hands of Manchester United when beating them in the Capital One Cup in midweek, and their attacking play has been of the highest order.
It is going to have to be again to beat Swansea, who have lost just one of the last eight Premier League games at the Liberty Stadium (W4 D3 L1) and put in a solid effort when beating Liverpool in the Capital One Cup.
However the stats reveal that they have never won a Premier League game in November (D2 L1) – or even scored a goal – and an on-song Chelsea should be able to secure all three points.
Roberto Di Matteo’s side continue to miss John Terry at the back but with Eden Hazard, Oscar and Juan Mata pulling the strings in midfield, they’re capable of scoring plenty of goals regardless of the opposition.
They have won four and lost just one of their last eight Premier League away games, and there are a couple of players who catch the eye in the goalscorer markets.
Juan Mata has scored four goals in his last five league appearances and if he makes the starting XI after playing for 120 minutes midweek would be of obvious interest at 9 with bet365 to score the opener and at 3.2 with the same firm to net anytime.
However it is possible he will be rested before Wednesday’s crucial Champions League tie with Shakhtar Donetsk, and if he is the Ramires could well start.
He has scored in three of his last six games and that makes him look massively overpriced at 6 with Boylesports to get on the scoresheet during the 90 minutes.
I fancy Chelsea to win this without conceding, and they 3.2 chances with Paddy Power to do so.

Spurs look the banker bet of the weekend at a top priced 1.5 with Betfred to to beat Wigan at White Hart Lane.
They have won four and lost just one of the last six league meetings with Wigan and famously recorded their biggest ever Premier League win in this fixture with a 9-1 victory in November 2009.
Andre Villas-Boas’ side have also lost just three of their last 23 league home games,and have scored at least two goals in their last six.
By stark contrast their opponents have been really struggling to find any sort of form and have a terrible record on their travels.
It really should be a case of how many Spurs win by, and I fancy them to do so to nil at odds of 2.6 with bet365.
Jermaine Defoe has scored 11 goals in 10 Premier League games against Wigan and is a the 4.5 favourite with Paddy Power to net the opener and a
That looks a bit short, and better value could be Bale at 7 with bet365.
The Welshman has scored in six of his last 11 games for club and country and first in each of his last two.
I fancy Spurs to run out easy 3-0 winners, and that outcome is priced up at 11 with bet365.

How bookmakers can make Liverpool 1.57 shots to beat Newcastle at Anfield on Sunday (4pm KO, Live on Sky Sports 1) is totally beyond me, and the Magpies look a steal at 5 with bet365 in the draw/no bet market.
The Reds currently sit 12th in the league and have won just one of five home games this season.
They have also been beaten on their own patch in both the Capital One Cup and the Europa League.
Throw in the fact that they also won just a third of their games At Anfield last season, and you can see why they simply have to be taken on at the odds on offer.
Newcastle currently sit two places and three points ahead of Brendan Rodgers’ men, and are looking for their third consecutive win in all competitions.
OK, they are winless on the road so far but they showed in draws against Everton and Sunderland that they are more than capable of holding their own on their travels and I think bookmakers have severely underestimated their chances.
I was tempted to put them up at 6.5 to win outright, but when you can get 6 with bet365 in the draw/no bet market with the added insurance of getting your money back if it ends all square it’s a no brainer which one to go for.
Alan Pardew rates Demba Ba only ’50-50′ to make the starting XI, but in Papiss Cisse he has a striker capable of causing the Liverpool defence all sorts of problems.
He can be backed at a tempting 10 with bet365 and Boylesports to net the opener and looks well worth a  wager at 4 with Boylesports just to get on the scoresheet.
I fancy Newcastle to win 2-1, and that is a 21 chance with Betfred.