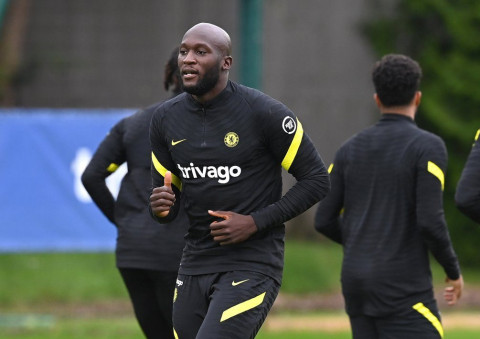 Chelsea travel to the Emirates Stadium for Sunday’s Premier League derby against Arsenal.

The Blues made a terrific start to the new league campaign last weekend with a comfortable 3-0 win over Crystal Palace at Stamford Bridge.

They should fancy their prospects of securing successive wins as the Gunners could be without eight first-team players for different reasons.

Their recent record against their London counterparts is not great, with just one win in five league outings. They will be aiming to make amends tomorrow.

Edouard Mendy has been the Blues’ first-choice goalkeeper in the league since he arrived from Rennes last summer. He is expected to start ahead of Kepa Arrizabalaga.

Trevoh Chalobah has made himself difficult to be dropped on the back of standout performances in his European and Premier League debuts for the club.

The club graduate is likely to take up one of the central defensive spots.

No changes are expected in the wing-back positions. Marcos Alonso scored a stunning free-kick against Palace, and he should keep his place ahead of Ben Chilwell.

N’Golo Kante could return to the mix in midfield after overcoming a minor muscle injury. Jorginho has been his regular partner over the years, and the pair should be reunited.

Hakim Ziyech has made a rather surprise recovery from a dislocated shoulder sustained less than two weeks ago. However, he could start on the bench.

Kai Havertz, who scored in a friendly against the Gunners this month, could slot into the number 10 role with Timo Werner and Romelu Lukaku playing up front.

Lukaku has a poor record against the so-called ‘Big Six’, and he will be keen to prove a point as he prepares for his second debut at the west London club.

Werner has continued to misfire in front of goal, but Tuchel has barely dropped him with his clever runs often creating spaces for his teammates to capitalise.

He excelled at Leipzig playing in a front two. Lukaku’s physical presence and strong link-up play up front could bring the best out of the German.