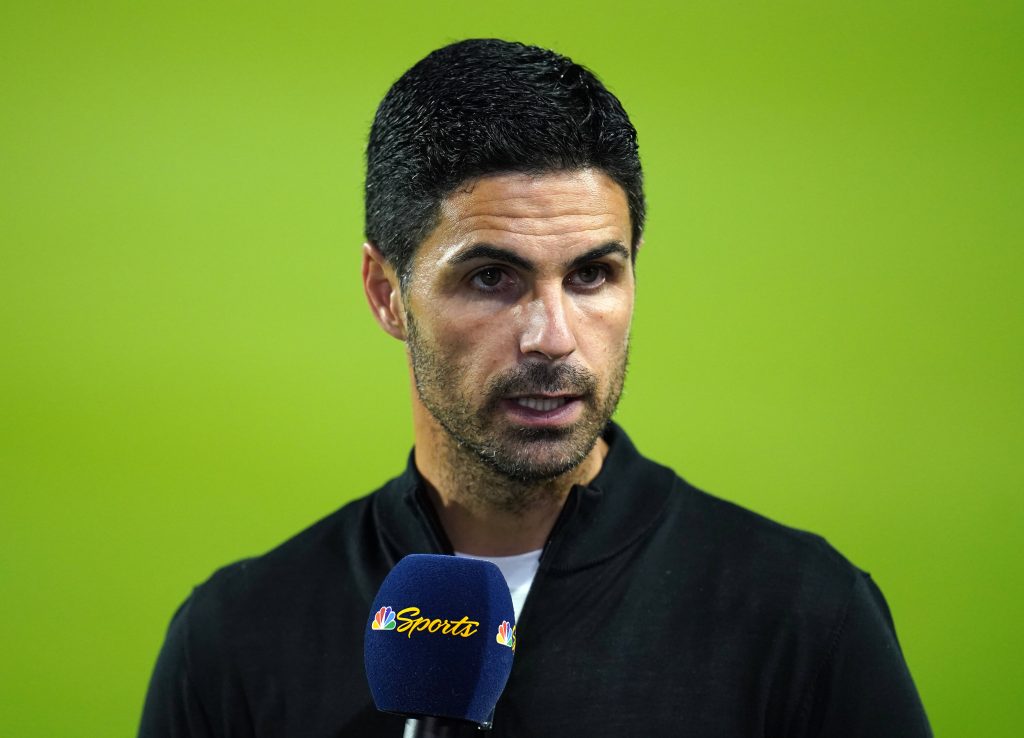 In a press conference ahead of the Chelsea game, Arsenal manager Mikel Arteta provided an update on player availability and the club’s transfer plans.

The Gunners recently confirmed that Pierre-Emerick Aubameyang, Alexandre Lacazette, Alex Runarsson and Willian missed the season opener due to COVID-19.

Out of those, Aubameyang and Willian have tested negative, but Arteta acknowledged that he has no idea whether they will be able to train in the lead-up to the derby.

He said: “It’s still very uncertain. I cannot give you any answer today because I don’t know if they are going to be able to train in a few hours – if they can compete at the weekend, I don’t know.”

Meanwhile, Saka was only a second-half substitute in the curtain-raiser at Brentford. Arteta hinted that he could be fit enough to start against the Blues this weekend.

He added: “Let’s see how he is in the next few days. He felt good after the match the other day, but he’s in a better place.”

The Gunners have spent a combined fee of nearly £130 million on five players this summer. Aaron Ramsdale’s transfer is likely to be confirmed soon.

When asked about potential plans for more signings. Arteta said that the club will be active but suggested that the focus could be on outgoings.

The Gunners had a difficult opening derby at Brentford, where they looked second best without several key first-team players.

They could have another tough game on their hands against the Blues, who are likely to hand Romelu Lukaku his second debut.

Brentford won by a 2-0 scoreline last week, but they could have quite easily doubled the tally if not for the clear-cut chances missed.

The Gunners’ backline had an off-day. They need to be at their best to curtail the threat from Lukaku, who will be keen to make his mark.

It appears unlikely that Aubameyang will make the starting line-up. Folarin Balogun could be handed another opportunity to lead the line.

The 19-year-old got into good positions in the final third last week but could not capitalise as his shooting was off range on his league debut.