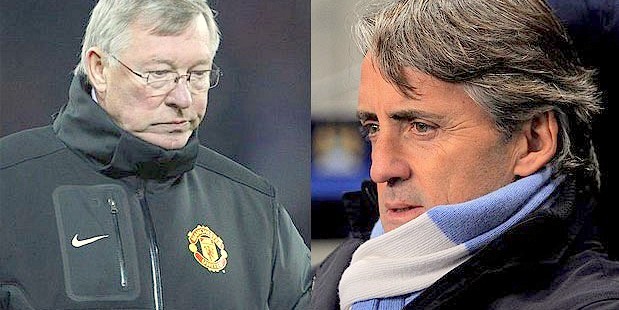 With the World Cup qualifiers for March behind us, the focus shifts firmly to the English Premier League where except for the wide chasm between Manchester United and the rest, there’s still plenty to play for.

Manchester United have taken such a huge lead that the term ‘title race’ simply no longer exists. Sir Alex Ferguson himself is surprised that his side has killed off any media interest in the championship race by the end of March only.

However, there are plenty of things to look forward to and cheer for from now on till the end. Let us take a look at some of the key battles which would keep the football fans motivated until the season gets over.

Seven points separate four teams vying for the Champions League spots. Chelsea, Tottenham, Arsenal and Everton are all fighting to achieve that target. Some have easy run-ins till the end while others have tough obstacles to overcome.

Chelsea and Spurs have tough fixtures from now on while Arsenal has relatively easy runs-ins.

Can Andre Villas-Boas’ side maintain their position in the top four? Will Arsenal drop out of top four for the first time under Arsene Wenger? Will Chelsea finish outside top four for the second year running? Is there an outside chance for Everton? Too many questions!

Likewise, the battle at the bottom is equally intense. QPR, Reading and Wigan are presently in the relegation zone but the table could turn topsy-turvy within next two months.

New manager Nigel Adkins can do some miracle in taking Reading out of this black hole. QPR under Harry Redknapp have improved (in terms of results) and so it would be interesting to see whether they can make the great escape yet again. And, certainly you won’t bet against Roberto Martinez’s Wigan, do you?

Aston Villa and Southampton are equally lying in the danger zone while Sunderland could face the prospect of relegation as well. The Black Cats are struggling badly in the league and without their talisman Steven Fletcher (injured and could miss action for six weeks); it could all get worse in couple of months’ time.

PFA Player of the Year

Luis Suarez, Robin van Persie and Gareth Bale are arguably the top three performers in the league this season. But who is the best among them? Will the Dutchman win the award for the second time around or would it be anyone from the other two?

Or will someone else bag the award? Juan Mata of Chelsea and Swansea’s Michu has had a fantastic season and are serious contenders for the award too.

The title race is done and dusted. The gap is so huge that it won’t be possible (realistically) for Manchester City to close it down anyway. But, there will be some pride at stake in the upcoming Manchester Derby.

What could be the better motivation for Manchester United is than beating their rivals twice in the same season to lift the title? Similarly, City, would like to end the season on a high and prove a point by giving their best shot at Old Trafford.

It was really shameful to see none of the big English clubs could make it to the quarter finals stage of the Champions League. But, hopes are alive for other English clubs (the secondary big boys) to lift the Europa League.

Spurs, Chelsea and Newcastle United are still in the competition and thankfully all are taking it seriously. Spurs boss Villas-Boas had won the competition before with Porto so there is an added incentive for the Portuguese to win the trophy for second time.

Likewise, Chelsea’s interim manager Rafael Benitez would be looking to improve his CV with another silverware to the list while Toon manager Alan Pardew has also stressed the importance of the competition.

There you see plenty of things to occupy with till the end of the season. If in case, these are not sufficient, we can always speculate about Arsene Wenger’sfuture, aren’t we?