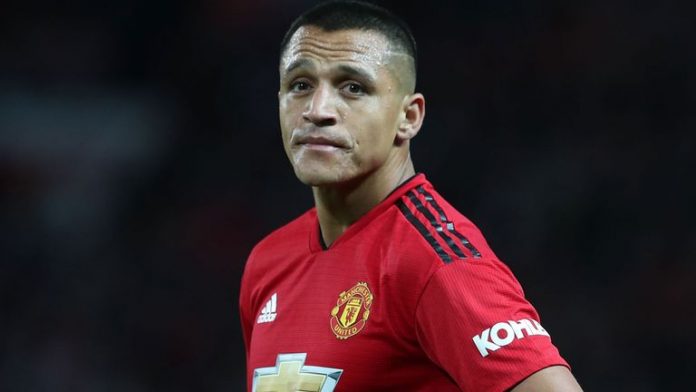 The latest round of games in the Premier League provided plenty of areas for discussion at both ends of the table.

Manchester City’s victory over Brighton & Hove Albion moved them to the top of the standings on goal difference ahead of Liverpool. Towards the bottom of the table it was another miserable weekend for Newcastle United fans, with their team still stuck in the relegation zone after being beaten by Leicester City.

Sanchez is a busted flush

The ongoing soap opera involving Jose Mourinho and Paul Poga has allowed Alexis Sanchez’s situation at Manchester United to sneak under the radar.

The Chilean has been a huge flop at Old Trafford, with his perfromances doing nothing to justify the massive salary he is being paid by the club.

There was a suspicion towards the end of his time at Arsenal that his talents were on the wane – on the evidence of the last few months the 29-year-old is a busted flush.

Maurizio Sarri played down Chelsea’s title chances after they defeated Arsenal earlier in the season.

Fast forward to Saturday and the Blues showed they are capable of mounting a serious challenge with an excellent display against Liverpool.

They were unfortunate not to take three points and there is no reason why Sarri’s side can’t claim top spot this term.

Sturridge saves the day for Liverpool

Loaned to West Bromwich Albion last season and dogged by an endless list of injuries, Daniel Sturridge appeared to be on his way out of Liverpool.

However, he has fought back to play an important part in the Reds’ fine start to the Premier League season.

Sturridge’s superb equaliser at Stamford Bridge, his fourth goal of the campaign, salvagaed Liverpool’s unbeaten record and keeps up the pressure on the club’s other forwards.

Newcastle had never previously lost their opening four matches at St James’ Park in a league campaign – Saturday’s 2-0 home defeat against Leicester ensured that the Magpies have now set that unwanted record.

The fact that it was the Foxes who inflicted the defeat is noteworthy, particularly when you consider just three points separated the two sides at the end of last season.

Leicester invested in their squad during the summer, Newcastle didn’t. The difference was there for all to see as the vistors ran out comfortable winners.

Fulham’s 3-0 defeat at Everton on Saturday means it’s now four league games without a win for Slavisa Jokanovic’s side.

Many pundits tipped Fulham to do well this season, but 16 goals conceded in just seven games is relegation form.

Their performance at Goodison Park, particularly in the second-half, was worrying and a difficult winter could be on the cards if Jokanovic doesn’t find a way to tighten things up at the back.