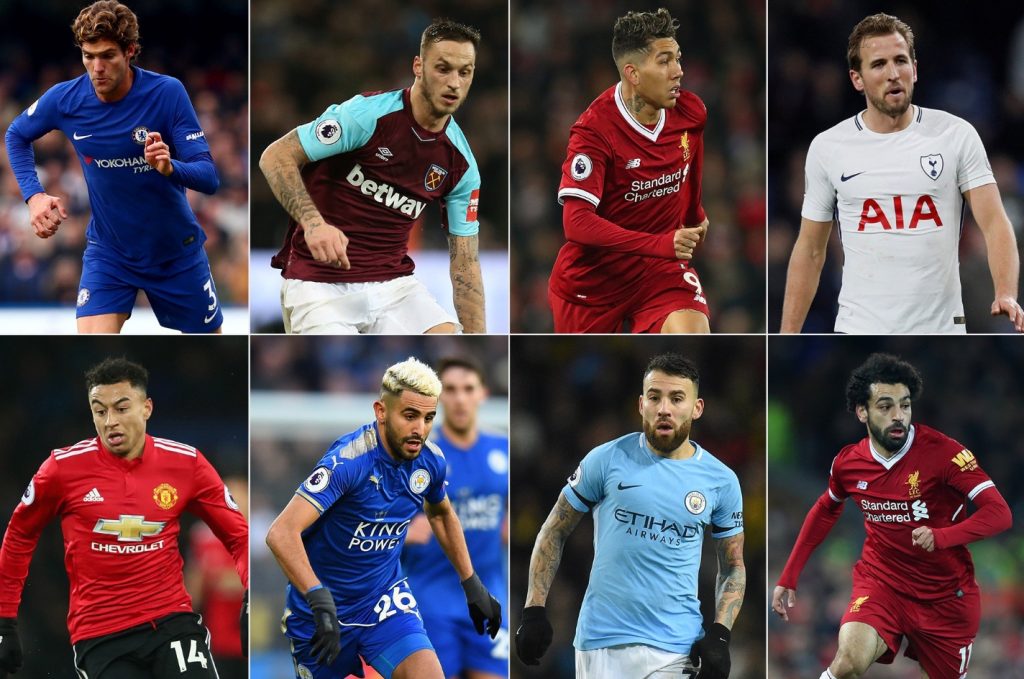 The voting has opened to see who will be named Premier League player of the month for December. Eight players have been shortlisted for the award.

The Spanish wing-back played a huge part in Chelsea’s run of results in December. Of the 7 premier league matches played, the blues kept 4 clean sheets. Alonso kept up his great scoring record for a defensive player by netting twice, and also picked up an assist.
Marko Arnautovic (West Ham)

With 5 goals and 1 assist, December was a great month for the hammers striker. A brace at Bournemouth and the only goal in a 1-0 win against Chelsea were the highlights.
Roberto Firmino (Liverpool)

The reds man has been in great form for the free-scoring Merseysiders. The Brazilian forward found the back of the net on no fewer than 6 occasions and also chipping in with 2 assists.
Harry Kane (Tottenham)

The England striker has been on fire recently. His 8 goals in 7 matches included back to back hat-tricks against Burnley and Southampton. He also broke Alan Shearer’s record of goals scored in a calendar year with a final tally of 37!
Jesse Lingard (Manchester United)

6 goals and 1 assist has seen the 25-year-old hit the headlines. A brace at the Emirates in a 3-1 victory at the beginning of the month was the catalyst. Another brace on Boxing day to rescue a point against Burnley was the icing on the cake that has left United fans labelling him a saviour.
Riyad Mahrez (Leicester City)

The Algerian showed some of the form that we last saw during the foxes title-winning season. The 26-year-old contributed 4 goals and 3 assists during December.
Nicolas Otamendi (Manchester City)

The Argentine centre-back was part of a defence that kept 4 clean sheets during the month. He also contributed at the other end of the field with 2 goals. Most notably the winner in the Manchester derby at Old Trafford.
Mohamed Salah (Liverpool)

The Egyptian has been in sparkling form all season following his summer move from Roma. December was no different as scored 5 more premier league goals to add to his already impressive haul. In addition, he also weighed in with a further 3 assists.
Stats courtesy of whoscored.com
So who will be crowned the latest player of the month?
I would go with Harry Kane. All the nominees look capable and deserving of the accolade, but the Spurs man edges it for me. Scoring an average of more than a goal per game is something special.