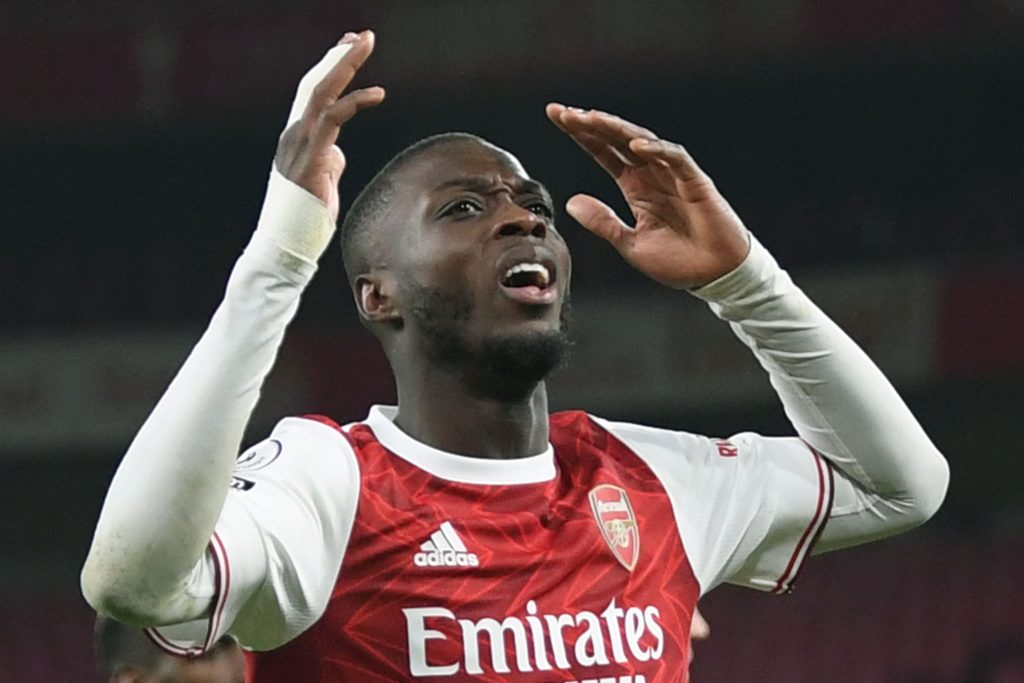 Arsenal make the trip to the King Power Stadium for the Premier League clash against Leicester City on Sunday.

The Gunners suffered an 11th league defeat of the campaign against Manchester City last weekend and that left them 11 points adrift of the top four.

However, they will go into the Foxes game with momentum on their side after securing a dramatic Europa League win over Benfica in midweek to progress to the last-16.

Brendan Rodgers’ side bowed out of the European competition with a loss to Slavia Prague and the Gunners will be hoping to inflict another defeat on them.

The north London giants have struggled against the Foxes in the league in recent years. They will be aiming for a first win in five attempts to keep their slender top-four hopes alive.

Bernd Leno conceded two goals against Benfica in the 3-2 victory in midweek but neither were his fault.

He is the undisputed goalkeeper for the club across all competitions and is expected to start.

Rob Holding is available for selection after not making the squad on Thursday due to the protocols for concussion.

Gunners boss Mikel Arteta started Holding alongside Pablo Mari against City and may opt for the same partnership, meaning that David Luiz and Gabriel Magalhaes will drop to the bench.

Hector Bellerin is a regular for the Gunners in the right-back spot while Kieran Tierney is also an automatic choice on the opposite side when fit.

Arteta has the option of playing Cedric Soares ahead of Tierney, who has only recently returned from a leg injury.

However, there has been a drastic difference in creativity from the left flank when the Scotsman has been rested. He is most likely to start tomorrow’s game.

Ghanaian midfielder Thomas Partey returned from injury to play the final 30 minutes of the Benfica clash. He may now get the nod in the starting line-up.

Dani Ceballos had a horrendous game in Piraeus where he made a couple of poor decisions and nearly cost the club an early Europa League exit.

The Spaniard may have to settle for a bench role against the Foxes with Granit Xhaka pretty much expected to take up the second midfield slot.

Further forward, Arteta may be tempted to make the solitary change on the right wing with Nicolas Pepe replacing Bukayo Saka.

Saka came up with another stellar display in midweek with an assist in either half, one of which was for the 87th-minute winner from Pierre-Emerick Aubameyang.

While he is in fine form, Arteta has previously said that the winger needs to be handled carefully. The 19-year-old may start on the bench.

The rest of the side is likely to be the same. Emile Smith Rowe should continue on the left wing with Martin Odegaard in his preferred number 10 position.

Aubameyang is expected to lead the line for the fifth match running ahead of Alexandre Lacazette.

The Gabon international has netted five goals across all competitions in his last four games.

In other news, Sokratis sent his reaction after Olympiakos were drawn alongside Arsenal in the Europa League round of 16.