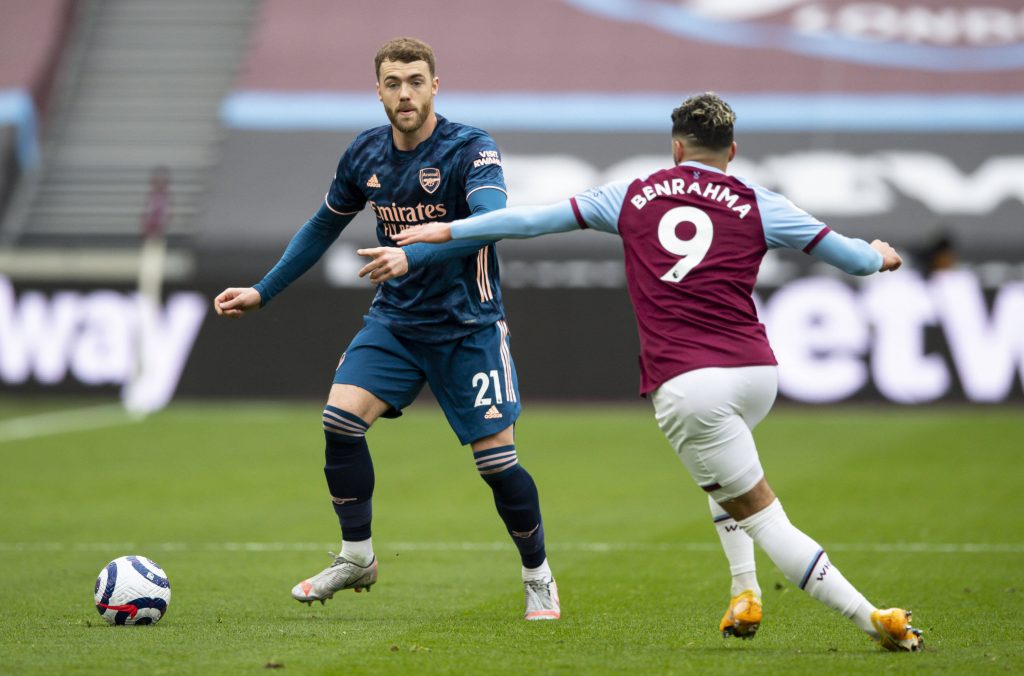 The Gunners have improved their league form since the turn of the year, although they have remained inconsistent.

Their last match was a thriller as they came from three goals down to register a 3-3 draw at West Ham United.

The Reds are in a poor run of form themselves with only six points (two wins) accumulated from the last five games.

Their away record against the Gunners has been dismal, with only two wins from their previous 20 league meetings.

The Gunners have the chance to capitalise on a weak Reds backline and keep their slender top-four hopes alive.

They are currently nine points adrift of fourth-placed Chelsea with 10 games to play.

Bernd Leno has been the Gunners’ undisputed choice in goal, but he should have done better to avoid one of the goals conceded against the Hammers.

The German could have a busy day between the sticks, should the Reds frontline of Mohamed Salah, Sadio Mane and Roberto Firmino get into their groove.

The backline will see an enforced change from the 3-3 draw at the London Stadium.

Calum Chambers should keep his place at right-back ahead of Hector Bellerin and Cedric Soares after his top display before the international break.

The same is likely to be the case with Kieran Tierney on the opposite side. The Scot recently bagged a hat-trick of assists against Faroe Islands.

In central defence, David Luiz has been ruled out with a knee injury which may open up a space for Rob Holding, who has not played since February.

Pablo Mari partnered Luiz in the previous league outing, but Gabriel Magalhaes may get the nod over him. Arteta has never played the left-footed centre-backs together.

Granit Xhaka and Thomas Partey have established themselves as the regular midfield pairing after the latter’s return from injury.

However, Xhaka is doubtful for tonight’s game with an illness, and Mohamed Elneny could be the likely candidate to replace the Swiss.

Elneny produced his best performance of the season in the 1-0 win at Manchester United, where he partnered Partey in the centre of the park.

Further forward, Arteta may not be able to rely on the services of Bukayo Saka and Emile Smith Rowe, who are being assessed after respective injuries.

The absence of Saka may open up a spot for Nicolas Pepe on the right wing. He came up with a superb assist for Lacazette’s equaliser at West Ham.

On the opposite flank, club-captain Pierre-Emerick Aubameyang is likely to feature with Martin Odegaard taking his spot in his preferred number 10 role.

Odegaard has grown in his confidence as he has played more games for the Gunners, who he joined on loan during the winter transfer window.

The Norwegian has only two goals to his name but has been a huge influence on the team with his clever distribution in the final third.

He also contributed to an own goal scored by Tomas Soucek in the thrilling stalemate at the London Stadium last month.