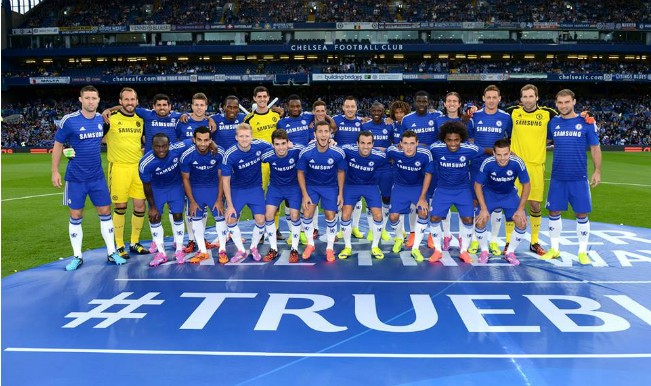 Both teams have a perfect record thus far, winning each of their 3 games. That streak though, will end for at least one of them this weekend.

Garry Monk’s Swansea have been a revelation thus far, beating Manchester United in their opening game of the season before a couple of comfortable home wins against Burnley and West Bromwich Albion. The re-signing of Gylfi Sigurdsson has proven a masterstroke, as the midfielder has been at the forefront of his side’s good run. Winger Nathan Dyer has been impressive too, scoring 3 goals and being joint-second in the race for the Golden Boot.

Swansea’s next test though is by far their most difficult. In Chelsea, they face a side that is full of confidence and belief. The Blues have swatted aside every opponent thus far, and the manner in which they beat Everton 6-3 at Goodison Park last week established them as firm favourites for the title.

Mourinho is sweating over the fitness of Diego Costa, who faces a fight to be fit for the game on Saturday, after picking up a minor leg injury in Spain’s 1-0 defeat to France last week. If he isn’t fit, we will see a Chelsea debut for Loic Remy, the Frenchman who scored the winner in that game against the Spanish. 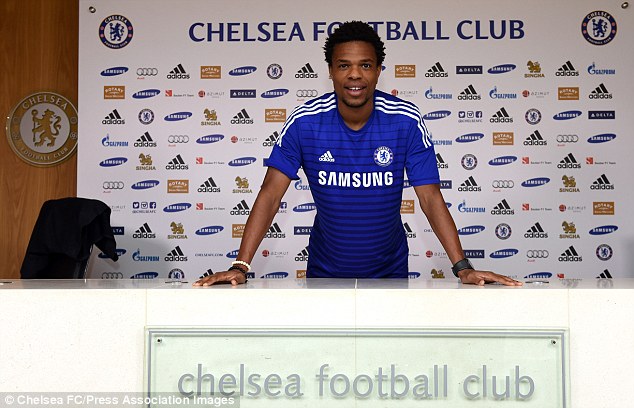 There will be a change in formation for Chelsea, as they will revert back to the 4-2-3-1 setup after playing the 4-3-3 at Everton. German Andre Schurrle is likely to back in the side on the right wing, replacing Brazilian Willian. Oscar should also return, with compatriot Ramires making way.

The following is the possible Chelsea starting XI against Swansea on Saturday: 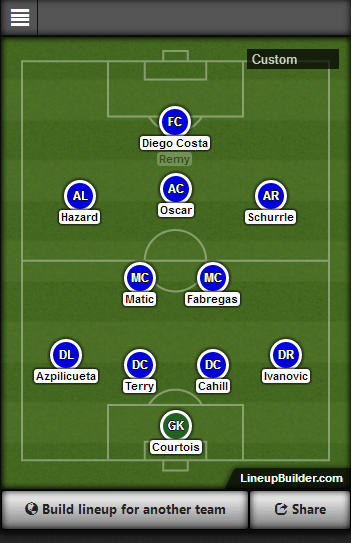 This game will certainly not be as easy as it looks for Chelsea, and the Welsh side will know that the Blues have been vulnerable to counter-attacks this season. They will look to use the pace of Nathan Dyer and Wayne Routledge to exploit this weakness.

Chelsea will be aware though that next Sunday’s encounter at the Etihad Stadium against Manchester City is a huge one, and they can’t afford any slip-ups in the run-in to that game.

Even though Swansea City are no pushovers and are capable of getting something from this match, Chelsea should have too much firepower, even if Costa is absent. It will be 4 wins out of 4 for Mourinho’s men.