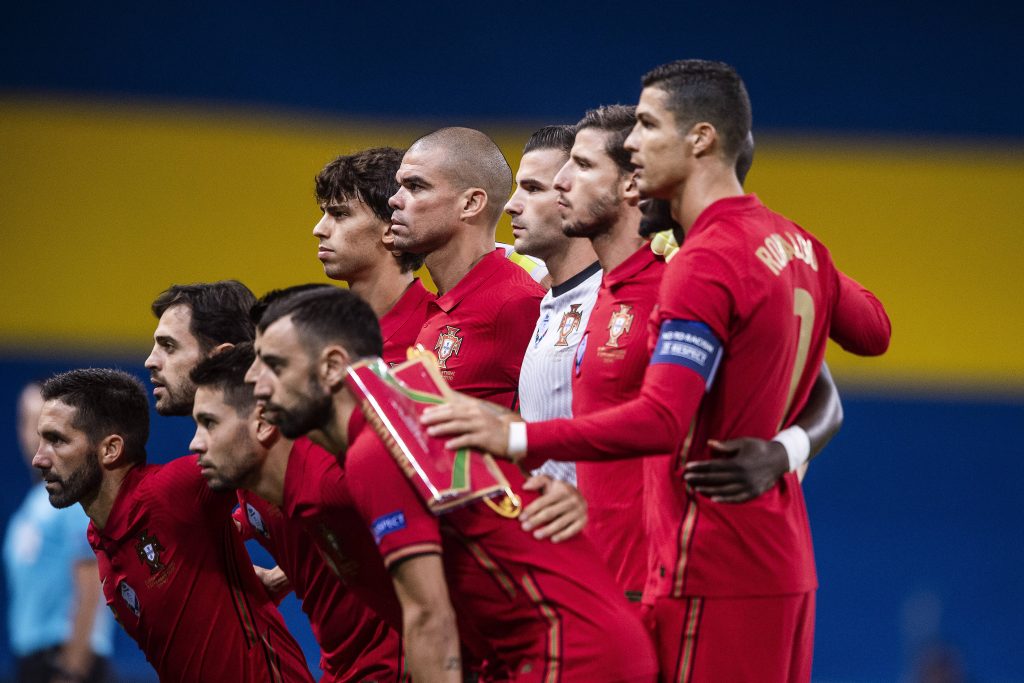 Portugal’s Euro 2020 squad was announced on May 20, with the reigning European Championship title holders entering the final tournament as one of the favourites.

Led by Fernando Santos, Portugal defied the odds to lift the title five years ago, with most of the players who formed the backbone of the title-winning generation still present in the national team.

The Selecao already silenced question marks following their early exit at the 2018 World Cup with a stunning success in the Nations League.

They will rely on strong team chemistry and their headline performer Cristiano Ronaldo to make the magic happen again.

Fernando Santos has opted for his long-term goalkeeping duo Rui Patricio and Anthony Lopes, with the Wolverhampton star expected to play second fiddle to Lyon’s number one shot-stopper.

Portugal’s backline has undergone massive changes compared to the team that won the title in France five years ago.

Ricardo Carvalho, Eliseu, Bruno Alves and Cedric Soares were all part of the title-winning Selecao squad in 2016. While the former two retired, the latter pair have lost their places in the national team.

In the midfield, Manchester United superstar Bruno Fernandes represents the most notable improvement compared to the previous European Championship.

As for the front line, instead of former stalwarts Nani and Ricardo Quaresma, Santos will rely on the likes of Man City’s Bernardo Silva and Atletico Madrid whizz-kid Joao Felix.

Even though this might not be Ronaldo’s last major tournament with Portugal, it is certainly one of his final opportunities to shine on the big stage.

The 36-year-old has enjoyed another outstanding individual season at Juventus despite Bianconeri’s underwhelming campaign on all fronts.

Ronaldo has entered the twilight years of his professional career but remains one of the deadliest and most intimidating forwards in European football.

After sustaining an early injury in Portugal’s Euro 2016 final against France, the former Real Madrid talisman will be looking to make his presence felt this summer.

Cristiano is only six goals shy of the all-time international scoring record, having racked up 103 strikes for his country so far.

With Ali Daei’s record well within reach, Ronaldo will be looking to either match or even shatter the Iranian milestone as early as this summer.

The Portugal captain is the only modern-day great able to reach Daei’s whopping figures. Doing it at such an eminent scene such as the European Championship is something Ronaldo certainly has in mind.

Portugal have built on their Euro 2016 success, winning the inaugural Nations League, as they look to maintain that form in the summer.

The Selecao could become the second nation after Spain to win back-to-back Euro finals.

Although a group with Germany, France and Hungary will be testing, Fernando Santos has some of Europe’s finest talents to help him overcome the first stumbling block.

Ronaldo aside, the talent from the Premier League is bursting at the seams, with Dias, Cancelo, Bernardo, Bruno and Diogo Jota all performing at the highest level this season.

Portugal are one of the most exciting teams to keep an eye on at Euro. With such an experienced coach and world-class potential within the squad, they are among the leading candidates to win the trophy.