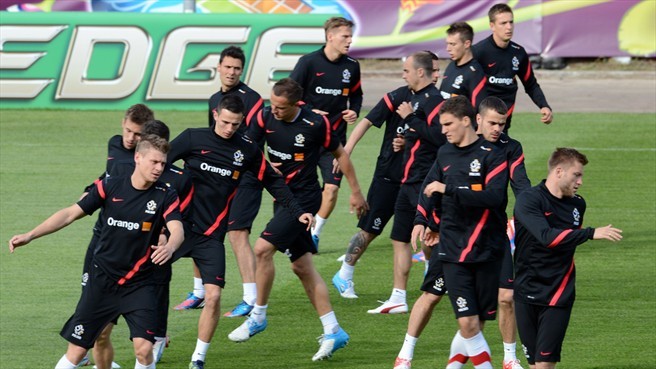 As one of the co-hosts, Poland had very little competitive football to play in the last two years and are the weakest team in the 2012 Euros according to FIFA rankings, just about the only thing going for them is home support and a group they can find their way out of.

That, and the fact that in Szczesny they have one of the most exciting young goalkeepers in Europe, and in Lewandowski they have a superb goalscorer.

Key man Robert Lewandowski is undoubtedly the star player having scored more than 20 goals for the German champions Borussia Dortmund last season – strong in the air and deadly in the area.

Castrol EDGE Performance data shows that a lack of a cutting edge was central to Poland’s poor showing at UEFA EURO 2008™, with the Eastern European side posting a competition-low 2.6% conversion rate.

The Poles netted only one goal and finished bottom of Group B, behind Croatia, Germany and Austria, having picked up just a single point in their three games. Poland didn’t struggle when it came to actually attempting shots during the competition, with their total of 39 efforts on goal more than seven other teams. However, interestingly, only 38.5%% of those shots came from close-range, the lowest figure in UEFA EURO 2008™. Getting closer to the goal in the UEFA EURO 2012™ tournament could be key to a better showing this time around for the Poles.

According to Castrol EDGE Performance analysis, Polish striker Robert Lewandowski has been key to Borussia Dortmund’s successful defence of their Bundesliga title this season, with the striker netting 22 goals, the third-highest total.

A genuine fox-in-the-box, Lewandowski netted all those 22 goals from inside the area. The 23 –year-old is one of three Polish international plying their trade with Dortmund, with defender Lukasz Piszczek and midfielder Jakub Blaszczykowski also playing key roles this season. Interestingly, in the league this season, three of Lewandowski’s goals have been assisted by Blaszczykowski while Lewandowski has returned the favour once also. Expect to see this partnership flourish in the summer.