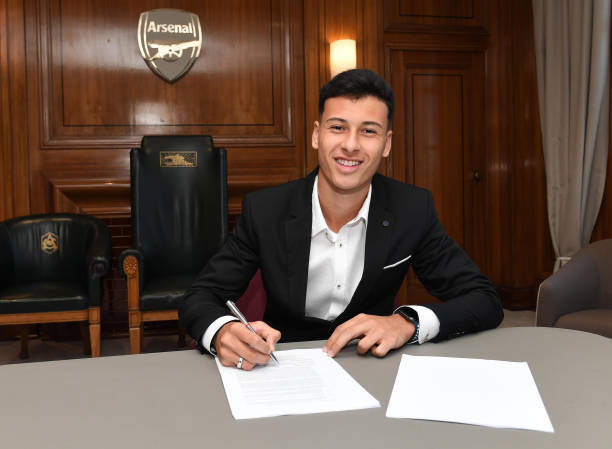 Brazilian striker Gabriel Martinelli has been snapped up by Arsenal from Ituano Futebol Clube on a long-term contract, and he has already linked up with the first-team.

The 18-year-old is expected to feature prominently for the under-23’s next season, but could catch the attention of manager Unai Emery if he impresses during pre-season.

Martinelli has been pictured with the senior players at the club’s training base, and he will be hoping to become a permanent fixture in the first-team sheet very soon.

Boy, it feels good to be back ❤️

The South American has already caught the eyes of Brazil manager Tite, and he was rewarded with a call-up to the full squad for a training camp in May ahead of the ongoing Copa America.

Since making his senior team bow in November 2017, the versatile Martinelli has scored 10 goals from his 34 appearances for the Sao Paulo-based club, emerging as the 2019 Best Newcomer, while also making the 2019 Team of the Year for the Campeonato Paulista.

Incoming Arsenal technical director Edu recommended the player to the club, and fans will be hoping he joins the list of Brazilians that succeeded at the North London club.