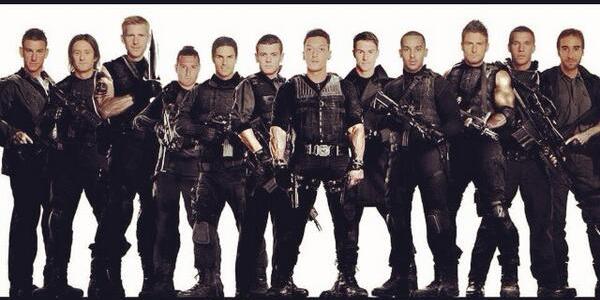 Arsenal will face Liverpool few hours from now at the Emirates in the Premier League. Ahead of the match, with excitement reaching fever pitch between both section of fans, Arsenal player Mesut Ozil has taken this to a all new level.

Mainly out of fun and an attempt to diffuse the pressure, probably, he posted a picture on Twitter, where he and the rest of the Arsenal team are Photoshopped into a soldier/military like pose with guns in hand. Seriously I don’t have any idea how to interpret this picture.

The Gunners are top of the Premier League while Liverpool are just 2 points behind them. Can it be seen as a battle? Well, yes, in a way, it is. Battle on football pitch. Check yourself, have fun.

While Arsenal fans and many others will take it as light hearted fun, but one must say coming this from a world class player like him seems bit odd, isn’t it? Though, Ozil probably reminds us that football should be fun after all. Just an alternative thought.

How you explain it? Let us know…