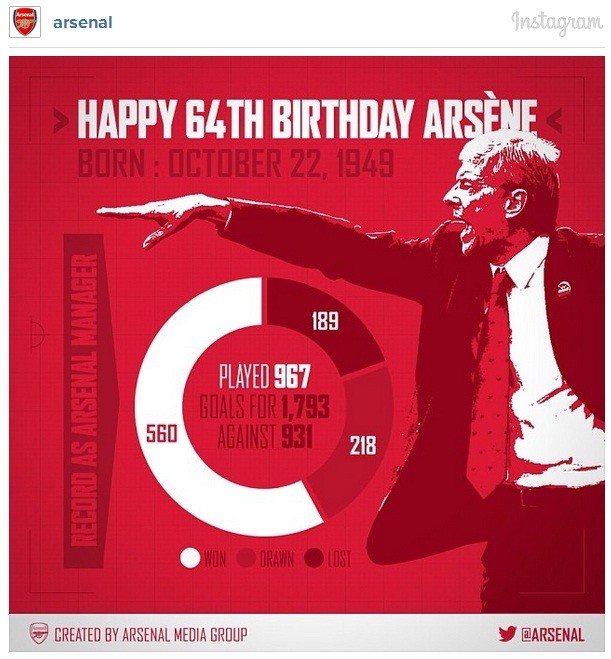 Arsenal have wished their beloved manager Arsene Wenger on his 64th Birthday by posting a picture of the Frenchman and his managerial records on Instagram.

Wenger joined Arsenal in 1996 and played an immense role in shaping the vicissitudes of the North London club. His revolutionary ideas and footballing philosophies, playing methods, training system and overall impact are all but a role model and institution for others to follow.

He led Arsenal to 3 Premier League titles and 4 FA Cups during his tenure where in 2003-04 he guided the ‘Invincible’ team to league triumph without losing a single match. While in the last few years, Arsenal have been enduring a spell of trophy drought, but Wenger has ensured the club stays healthy financially and competitive throughout this period.

This season Arsenal have been firing all cylinders. They are top of the Premier League table and are enjoying a good run in the Champions League as well. A victory against Borussia Dortmund at home will be a good birthday present for the legendary man.