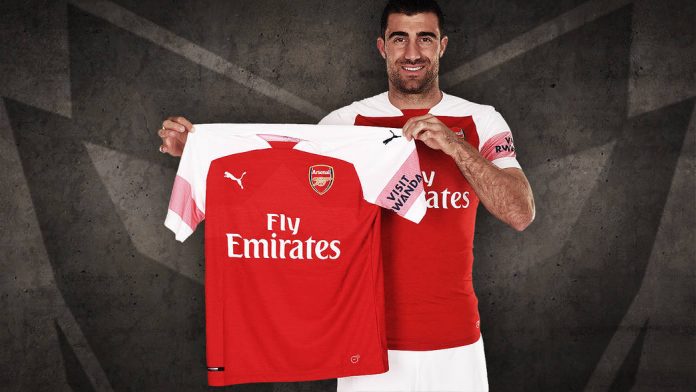 Arsenal’s defensive woes were laid bare once again over the weekend at the Etihad Stadium, as Manchester City strolled to a comfortable 3-1 victory.

The Gunners have now leaked 36 goals – the most of the teams in the top eight – in 25 games, and manager Unai Emery has to find a quick solution before the summer transfer window comes.

The team have been dealt a couple of injury blows which have resulted in a depleted squad, but they appear to have now been handed a massive boost going by a recent picture posted by Arsenal official Twitter account.

Sokratis Papastathopoulos sustained a knock to his ankle during the 3-1 FA Cup loss to Manchester United last month and was subsequently ruled out of action until the end of February.

It remains to be seen if the Greek international can return to full training with the rest of the squad earlier than predicted, but that he’s already running and training gives Arsenal lots of hope, and it won’t come as a surprise if he returns to action sooner rather than later.

The team have already shipped seven goals in Sokratis’ absence, and they sure could do with him at the heart of their defence right now.

His importance to the Arsenal backline was highlighted when the Red Devils scored all their three goals just when he left the pitch.

His partnership with Laurent Koscielny in the heart of the defence is the best pairing Emery can ask for, and having the duo playing together again will surely boost the club’s hopes of finishing in the top four.