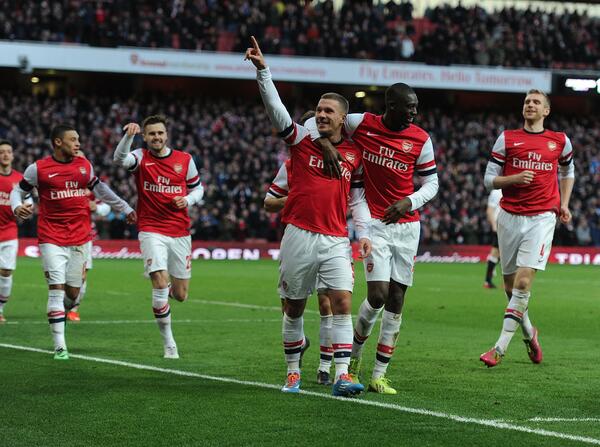 Arsenal moved to the quarter-finals of the FA Cup, after they earned a 2-1 victory over Liverpool at the Emirates.

Alex Oxlade-Chamberlain scored the opening goal for the Gunners, while Lukas Podolski added another in the second half.

The German star gave a life-line to Liverpool, when he fouled Luis Suarez in the penalty box. Steven Gerrard pulled one back for the Reds from the spot.

After the match Podolski posted a happy dressing room picture on Instagram. Take a look at this below.