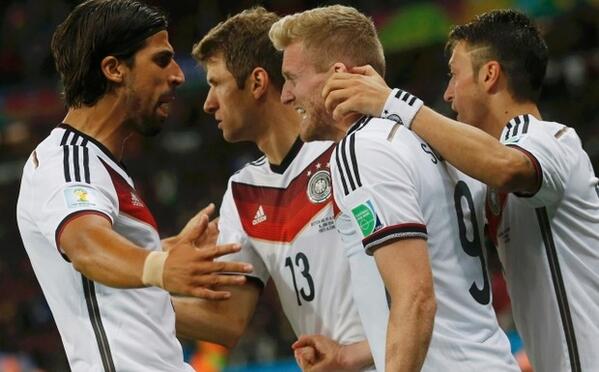 Germany moved to the quarterfinals of the World Cup, after defeating Algeria 2-1 in extra time and setting up a meeting with high flying France in the next round.

The three times WC Champions looked shaky throughout the match, while Algeria wasted plenty of chances in an open, exciting thriller, before Chelsea winger Andre Schurrle scored from close range in the first additional minute.

The Germans doubled their lead through Arsenal superstar Mesut Ozil but Abdelmoumene Djabou volleyed home for Algeria to ensure a frantic game in the end. 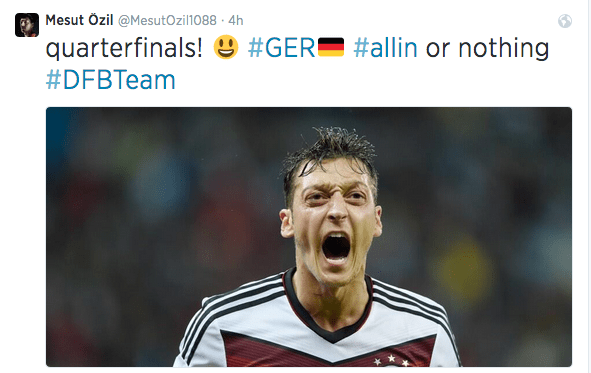 Critics bemoaned with this lacklustre performance as Germany were expected to win easily but Arsenal defender Per Mertesacker was happy with this scrappy victory. He said after the match:

“Would you rather we played beautiful football but got knocked out?” Mertesacker said to Germany’s ZDF television, visibly frustrated by the critical line of questioning.

“I don’t know what you want from me – do you think that just Mickey Mouse teams are involved in the last 16? All that matters is we’re in the quarter-finals.”