Arsene Wenger said in the press conference today that Mesut Ozil will undergo a fitness test ahead of Arsenal’s FA Cup clash with Tottenham. The German international is back in training and could play some part against Spurs as well.

The record signing player of Arsenal missed the Gunners’ last two games but the North London side managed victories in both of them. However, with several players missing due to injuries, Ozil’s return will be seen as a huge boost in the Arsenal camp.

Ozil was seen training along with German international Lukas Podolski (the photo we present here) and other team-mates  ahead of the North London FA Cup derby between Arsenal and Spurs. 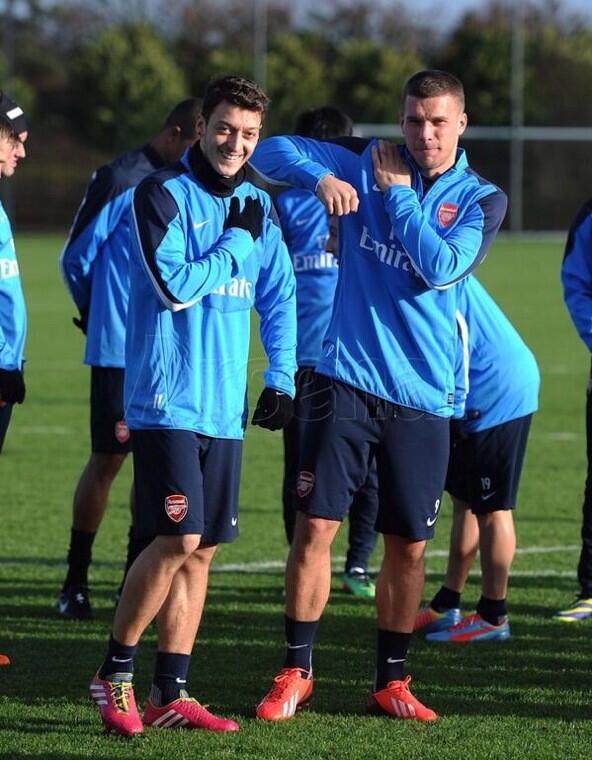