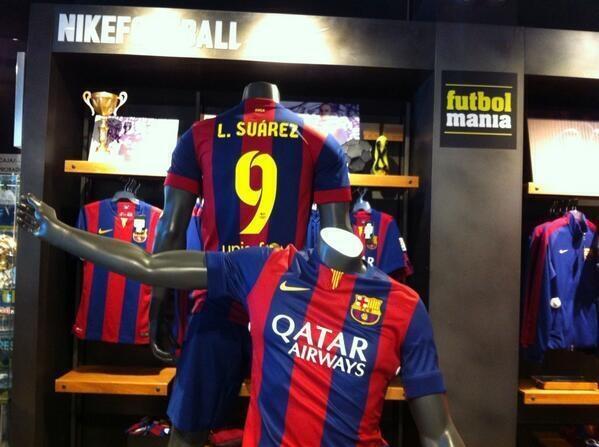 Even before Luis Suarez’s deal from Liverpool to Barcelona is made official, the Uruguayan’s jersey for the Catalan club is on sale in Spain. It is believed that a sports shop Futbol Mania have started selling jerseys with Suarez’s name and number nine printed on the back. 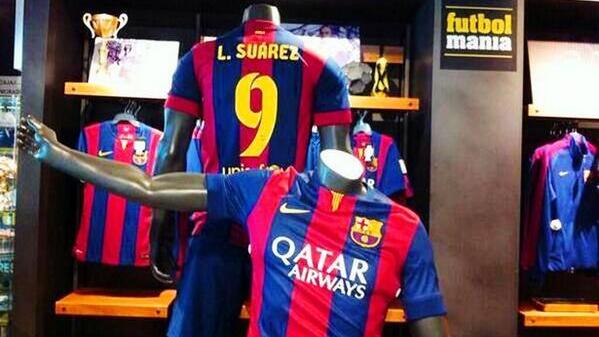 We had earlier reported that Liverpool are likely to accept Barcelona’s whopping €90m for the striker who had earlier been banned by FIFA for four months after biting Italy’s Giorgio Chiellini at the World Cup.

The striker however, later apologized admitting deep regret for the incident. Barcelona sporting director Andoni Zubizarreta had later praised the player saying, “Suarez has shown he is humble enough to admit an error, which is very important.”